The Democratic Republic of the Congo is a former colony, which was under Belgium's control between 1885 and 1960. Amid the plunder that characterized Belgian rule, an uncountable number of Congolese art pieces were taken by Belgian soldiers, missionaries and explorers.

"The request for restitution will obviously be on the table," said Joseph Kabila, the President of the Democratic Republic of the Congo in an interview with Belgian newspaper Le Soir.

President Kabila, who has been in power since 2001, told Le Soir that the call on the Belgium authorities is expected to take place next year, after the Congolese museum in Lubumbashi is prepared for the opening. The "rehabilitation" of the DRC's museum, in cooperation with South Korea, is ongoing and is expected to conclude in June 2019.

"We are waiting for the end of the works and the opening of our own museum… One month before the end of the work, which is scheduled for the month of June, there will be an official request [for restitution]," said Joseph Kabila.

Guido Gryseels, the director general at Belgium's Africa Museum, said that he is positive about the return of the Congolese works and documents. However, he noted that it is still to be clarified which of the artefacts were acquired legally and illegally.

"Clearly if Congo asks at that moment for return of some objects, I am certainly willing to consider that. It is not normal that 80% of the African cultural heritage is in Europe. It is basically their culture, their identity, their history. We need to have a very open attitude. The question is under what conditions. How do we define what was legally acquired and what was not legally acquired?" Gryseels said. 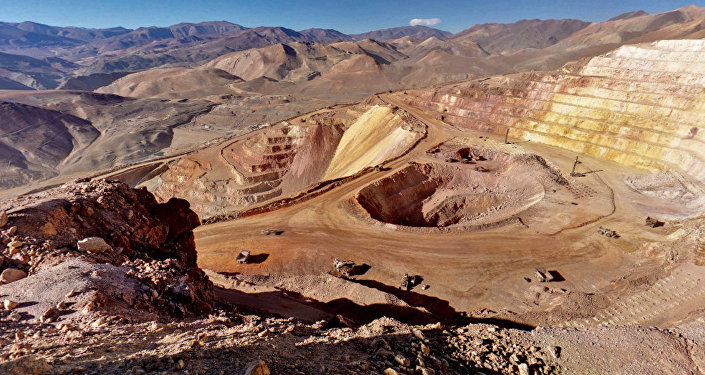 © AFP 2019 / Stringer/ Diario La Ventana
Multinationals Take Twice as Much Gold From Mexico as First Spanish Colonizers
Belgium's Africa Museum, initially called the Museum of the Congo, is re-opening on Saturday in Tervuren, a municipality in the province of Flemish Brabant.

The former Royal Museum for Central Africa, which has been closed for five years, was undergoing renovation and "decolonization" in order to remove pro-colonial propaganda, choosing instead to present a critical view of Belgium's imperial legacy, according to Reuters.

Belgium and Congolese representatives, including Belgian PM Charles Michel and several cabinet ministers, will attend Saturday's reopening ceremony. The museum will be opened for the public on Sunday.