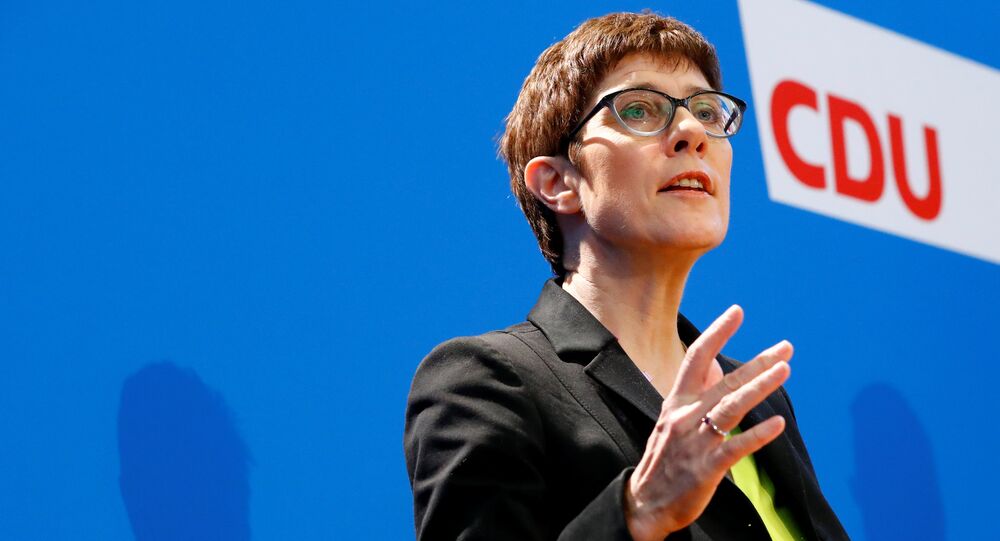 General Secretary of the Christian Democratic Union Annegret Kramp-Karrenbauer was elected as the new party leader, which is a part of the current governing coalition in Germany. She received 517 out of 999 votes from the CDU delegates, while her closest rival, Friedrich Merz, got 482.

Kramp-Karrenbauer worked as general secretary beginning in February, 2018. Previously, she had served 7 years as minister president of Saarland, leading a three-party coalition, including the Free German Party (FDP) and the Greens. She is considered to be a close ally of Angela Merkel, according to German media.

She is known for voicing concerns regarding giving full adoption rights to same-sex couples and has also argued against revising the definition of marriage to being simply "a long-term responsible partnership between two adults", claiming it could lead to demands to legalise marriages between close relatives, humans and animals, as well as polygamy. She is also a strong supporter of Angela Merkel's migration policies, including her decision to let in over a million of migrants from the Middle East in 2015.

The newly elected CDU head has previously opposed the idea of withdrawing support from the Nord Stream 2 project entirely, but suggested reducing the amount of gas obtained via the route from Russia as a response to the recent Kerch incident involving Ukrainian naval ships.

Previously, German Chancellor and former CDU chief Angela Merkel announced that she would resign from her party post and would not run for a new term as chancellor following the poor performance of her party in elections to the regional parliaments.