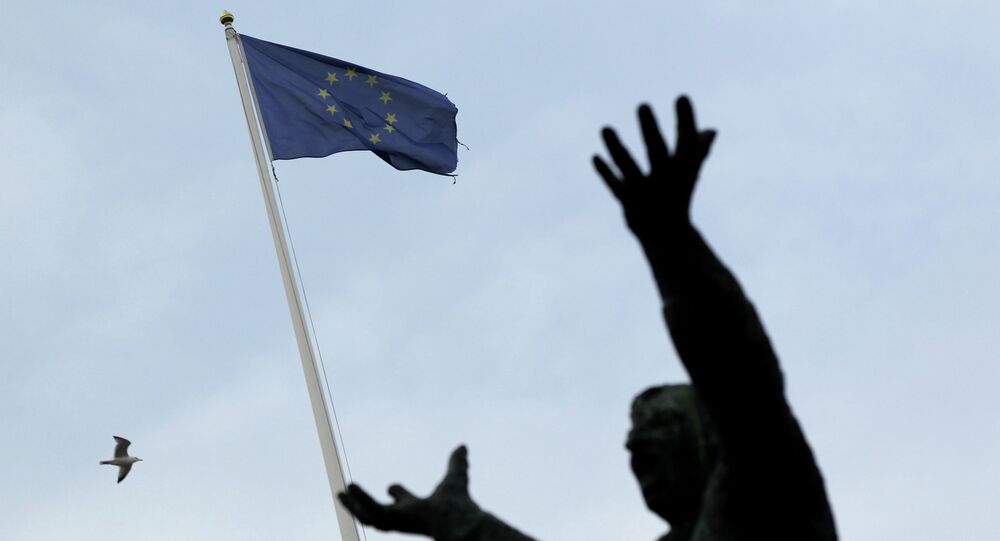 Conservative MPs are once again under fire for using half-baked ideas in order to secure Brexit negotiations, this time by using threats of force against neighbouring states, according to one Irish party.

Sinn Féin MP Chris Hazzard has lambasted a Tory proposal to threaten the Republic of Ireland with food shortages in order to force Dublin to back Brexit plans negotiated by Westminster.

Details emerged that former Secretary of State for International Development Priti Patel advocated using food shortages in a no-deal Brexit scenario to pressure Dublin into abandoning commitments to a backstop, according to a Sinn Féin press release.

© CC0 / Pixabay
Ireland Has Different View of Poppy: British Empire Was Brutal, Vicious - Pundit
"This proposal from Priti Patel really exposes the Brexiteer attitude to Ireland as nothing more than a colonial irritant whose rights really shouldn't be taken into account," Mr. Hazzard said." They know the history of the Irish famine and Britain's role in it and the very fact that they would seek to inject that into the Brexit debate is crass and offensive."

"The Tories couldn't care less about the impact of their reckless Brexit agenda on the people and economy of Ireland. We are simply collateral damage," the South Down MP continued.

"And this is precisely why we need a backstop; it is our only insurance policy against a hard border in Ireland and comments such as Priti Patel's will only serve to reinforce the determination of those of us who are saying that the backstop is the bottom line. It cannot and will not be abandoned or renegotiated."

UK prime minister Theresa May is racing against the clock to approve her Brexit draft plan by 11 December, where a parliamentary vote threatens to derail her proposal to extend ties with the EU after Brexit.

The UK government published its legal advice on PM May's Brexit agreement and said that Northern Ireland would stay in the EU customs Union and adhere to a backstop solution to avert a hard border.