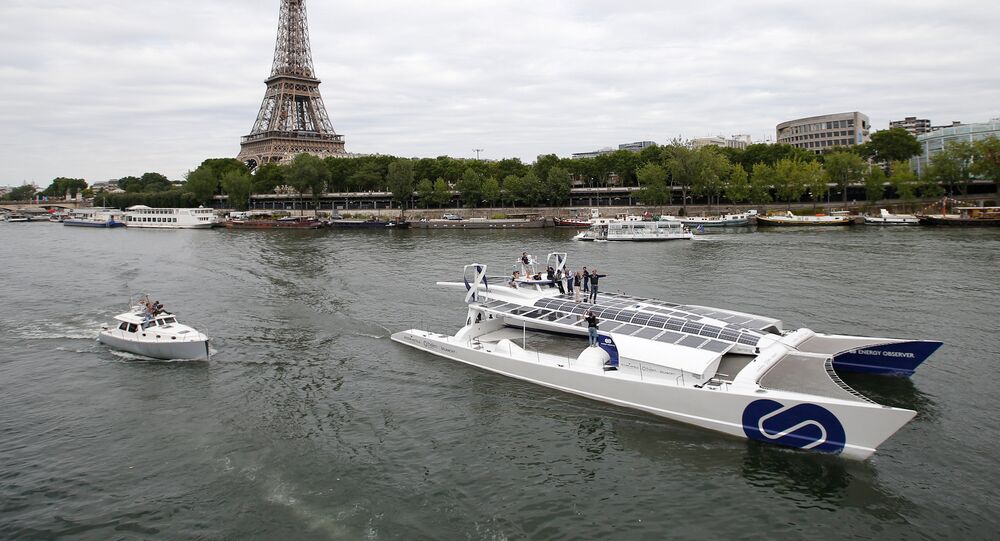 MOSCOW (Sputnik) - The Eiffel Tower will be closed on Saturday for safety reasons due to the so-called yellow vests protests against increasing fuel prices expected this weekend, according to a statement published Thursday on the official website of the Paris landmark.

© REUTERS / Benoit Tessier
French Police Union Calls on Police to Join Yellow Vests' Protests
The Louvre, the Delacroix arts museum and the Tuileries Garden will also be shut ahead of this Saturday’s protests in the capital.

French Prime Minister Edouard Philippe said Tuesday he would suspend the introduction of three fiscal measures, including an increased fuel tax, for six months amid violent "yellow vest" protests. On Wednesday evening, French media reported that the tax would not be imposed at all next year.

Despite proposed concessions "yellow vests" have called for a new demonstration on December 8.

A rally by protesters angered by a planned rise in fuel prices turned violent last weekend when radicals from the left and right smashed stores and clashed with police who fired tear gas.

Interior Minister Christophe Castaner has urged "yellow vest moderates" to stay away and disassociate themselves from extremists. Meanwhile, head of the France Police labor unionhas told Sputnik that police officers were in short supply and exhausted, stressing that using armed forces against civilians would prove that France was heading toward a civil war.