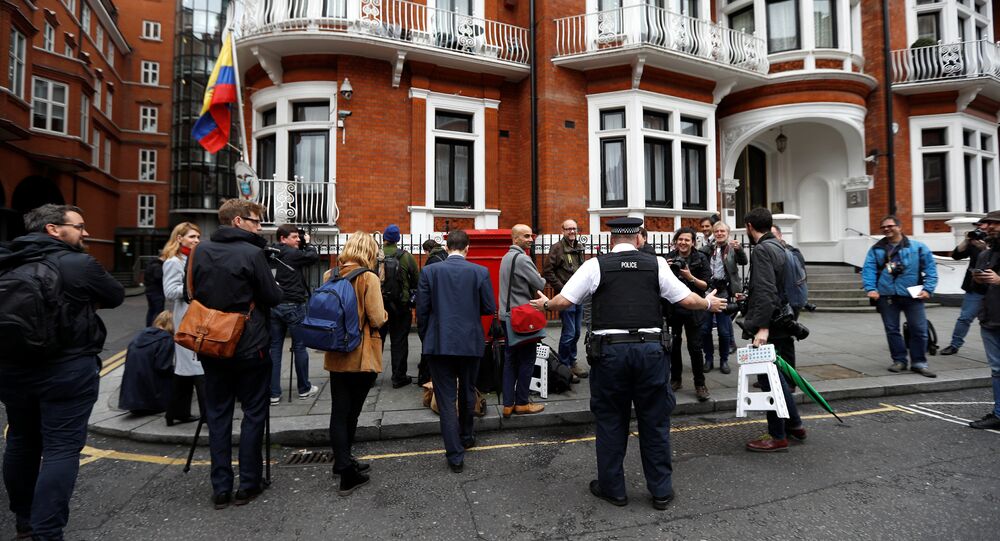 MOSCOW (Sputnik) - Barry Pollack, a lawyer for WikiLeaks founder Julian Assange, has rejected a deal that Ecuadorian President Lenin Moreno said he struck with UK authorities, giving the whistleblower guarantees that he can leave the Ecuadorian Embassy in London without fearing that he would be put on death row outside the United Kingdom.

"The suggestion that as long as the death penalty is off the table, Mr Assange need not fear persecution is obviously wrong … No one should have to face criminal charges for publishing truthful information … Since such charges appear to have been brought against Mr Assange in the United States, Ecuador should continue to provide him asylum", Pollack told the newspaper The Telegraph.

© AP Photo
Former Trump Aide Discussed Assange's Handover to US With Ecuador’s President – Reports
Pollack maintained that the deal announced by Moreno was unacceptable, according to the outlet.

Assange’s lawyer in Ecuador, Carlos Poveda, has told Sputnik that his client was ready to surrender to UK authorities after receiving written guarantees from London that he would not be extradited to the United States or any other country.

The whistleblower has been living in the Ecuadorian Embassy since 2012. Assange has repeatedly suggested he might be apprehended outside the embassy and extradited to the United States.

© AP Photo / Matt Dunham
Ecuadorian President Pressures Assange to Leave Country's Embassy in London
Over the past several months, the Ecuadorian authorities have been putting various restrictions on the conditions of Assange’s stay in the embassy, which the whistleblower’s defence has called a violation of his human rights.