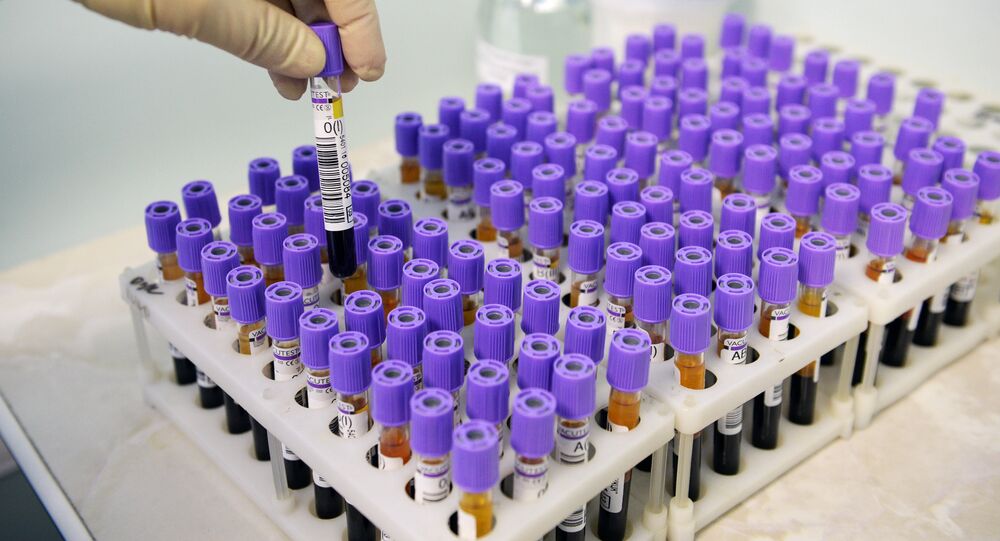 'Nothing Before of This Magnitude': Thousands of UK Forensic Samples Retested

Three people have had their convictions for driving while under the influence of drugs overturned as a result of alleged manipulation data at a forensic science company called Randox. Sputnik attended a briefing where the National Police Chiefs' Council lead for Forensics, Chief Constable James Vaughan, gave details about the investigation.

Mr. Vaughan admitted the criminal convictions of more than 40 people have been overturned following an investigation into alleged manipulation of data in toxicology tests carried out at the Randox laboratory in Manchester.

More than 10,500 cases were undermined by the allegations surrounding employees of Randox Testing Services in Manchester.

A 47-year-old man who worked at Randox and his 31-year-old colleague have been arrested on suspicion on perverting the course of justice and been rebailed until January 10, 2019.

Mr. Vaughan said neither man was still working at Randox.

#BREAKING Forty convictions have so far been overturned in the continuing national operation to retest allegedly manipulated forensic sample data from a Randox lab. All were road traffic cases involving drugs

"The integrity of forensic science is a fundamental part of our criminal justice system and we are working tirelessly to minimize the impact of this serious breach of standards," Mr. Vaughan said on Thursday, December 6.

Mr. Vaughan said the Randox cases which had been called into question included 1,100 sexual offences — 90 percent of which were rapes — and 370 homicide cases, although he said no convictions would be overturned as a result of the retesting.

Retesting Will Take Another 12 Months

Mr. Vaughan said it might take the whole of 2019 to retest all the remaining samples because there was a severe shortage of capacity in toxicology.

"I regret to say that the retesting process has been slower than any of us would have hoped or anticipated. Some factors are out of our control. There is only a finite amount of accredited labs and forensic scientists and there was already a chronic shortage of toxicology capacity in England and Wales. There has been a perfect storm of chronic shortages on the back of business as usual," said Mr. Vaughan, who insisted chief constables would maintain a zero tolerance position on drug driving.

He said this had been the biggest case of its kind.

Police say three drug driving convictions have been overturned — two of which involved deaths — and hundreds of other toxicology tests are awaiting retesting after alleges manipulation of data by employees at forensic science firm Randox. Two men have been bailed until January…

"There has never been anything of this magnitude," Mr. Vaughan told reporters.

The majority of the tests — 7,700 — were road traffic offences, mostly driving while under the influence of drugs.

Among the convictions which had been overturned were that of Anderson Ward, 39, who was jailed for six years last year for causing the death of Marie Hardes, 56, while under the influence of drugs.

Ward lost control of his car while driving on the M3 in Winchester in November 2014.

A hit-and-run driver, Matthew Bravender, 38, is also appealing a five-year sentence for mowing down a pedestrian in Salford, on the same basis.

Mr. Bravender admitted causing the death of Alan Strong, 52, in Salford, Manchester, by careless driving while over the legal limit for a prescribed drug in 2016.

Mr. Vaughan said Randox was a "very responsible company" and had agreed to pay the bill for retesting all the samples, which may reach £2m.

He said the cases were from all over England and Wales and only one out of 43 police forces had not used Randox.

The two men at Randox are understood to have previously worked at another firm called Trimega Laboratories, which worked on forensic tests in relation to child protection and family court cases.

Last year Nick Hurd, the policing minister, tests at Trimega between 2010 and 2014 might be called into question.

UK Police Taking the Pills in Clampdown on Drug Driving