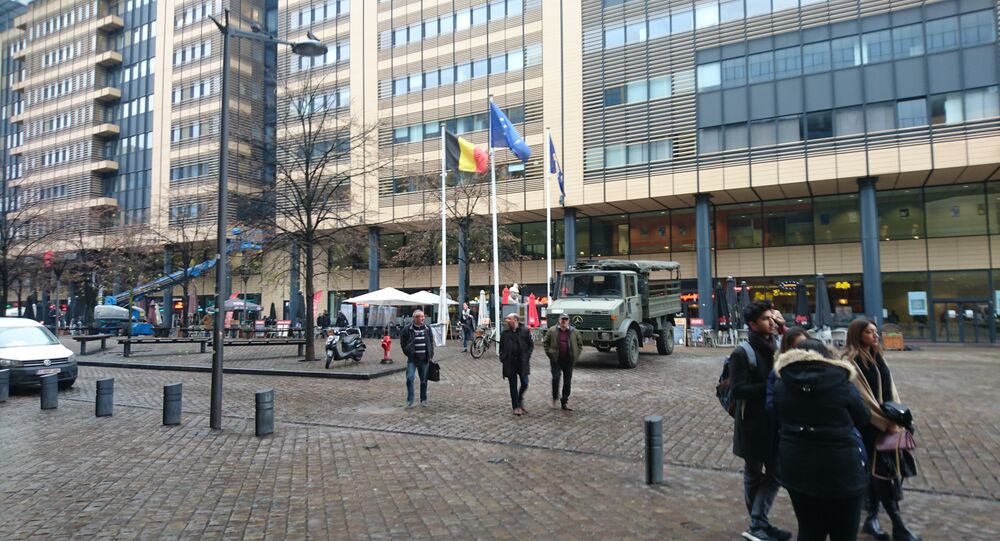 The European Defence Industry Summit 2018, focusing on defence cooperation among EU member states, is taking place in the Belgian capital on 6 December. Jorge Domecq, the chief executive of the European Defense Agency, is participating in the event.

At the beginning of the conference, one of the activists raised a banner saying "No European money for arms dealers."

Activists took the stage today at another arms lobby event in Brussels, where arms dealers and policy makers are meeting. The EU should stop outsourcing its defence policy to the arms industry.#noEUmoney4arms #EDIS2018 #EuropeanDefenceFund pic.twitter.com/90KN05L59p

​The other activist climbed to the stage to criticize the ongoing conflict in Yemen, which she said was being encouraged by arms deliveries that had led to the humanitarian crisis in the country.

Domecq, who was on the stage, was listening to her speech for a while before security officers escorted the activists out of the venue.

© AFP 2020 / PATRICK HERTZOG
Why Does EU Need an Army – France at Risk of Downgrading Its International Status
The European Union has recently been increasing its defence capabilities citing new threats and changing environment.

In July, Members of the European Parliament for the first time backed the setting up of a European Defence Industrial Development Programme (EDIDP) to promote the bloc's defence innovation, including in the cybersecurity area.