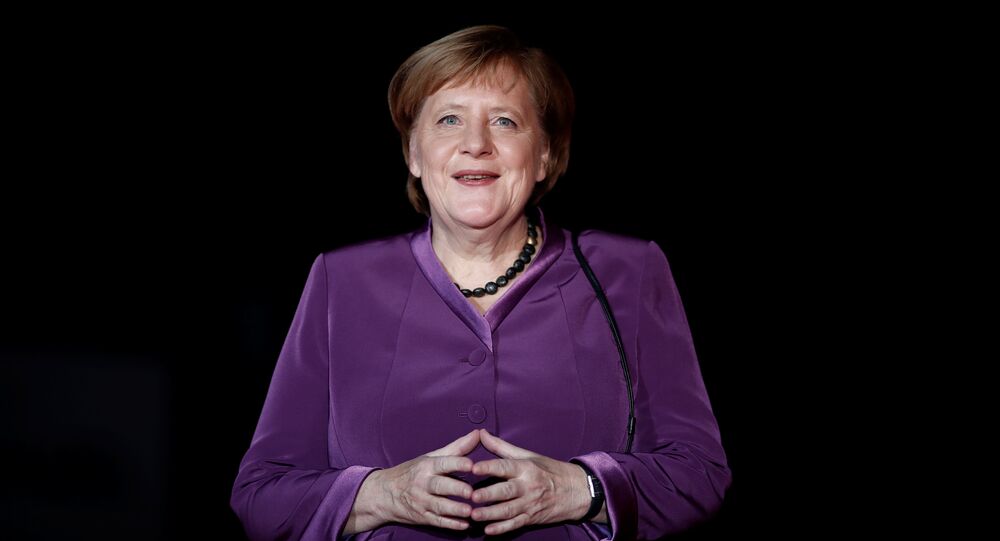 Following the dismal results of the regional elections in October, Chancellor Angela Merkel announced that she wouldn’t seek re-election as CDU leader. She is to hand over the party’s reins of power, as well as an array of problems yet to be solved, to one of three contestants that the CDU will choose at the congress

The conference of Angela Merkel’s Christian Democratic Party, where 1001 delegates are to choose their new leader, begins on 7 December in Hamburg. Secretary-General Annegret Kramp-Karrenbauer, known to be an ally to the current chancellor, former parliamentary group leader Friedrich Merz, who used to be Merkel’s opponent, and relatively young and openly gay Health Minister Jens Spahn, are named among the favourites; however, participants of the congress could still nominate somebody else.

While Spahn is not considered to be a probable winner, as recent surveys suggest that Merz and Kramp-Karrenbauer are the main contenders to succeed Merkel as party head and, possibly, chancellor. Although their stances on the main issues differ, both have been leading in the polls with varying degrees of success and are winning vocal support from prominent CDU members.

Annegret Kramp-Karrenbauer, 56, who managed to become the first female interior minister and governor of the tiny state of Saarland, has been called “mini-Merkel” by her opponents, mainly for the closeness of her stance to the chancellor’s policies. However, during the course of her political career and race for the party leadership, she has voiced more conservative opinions on a number of issues, as well as stated recently that she has "very lively discussions" with Merkel. AKK, as she’s been often referred to, has vocally opposed same-sex marriage, suggested banning asylum seekers convicted of serious crimes from Europe, and stated that Syrians who have committed crimes should be sent back to their home country despite the civil war. 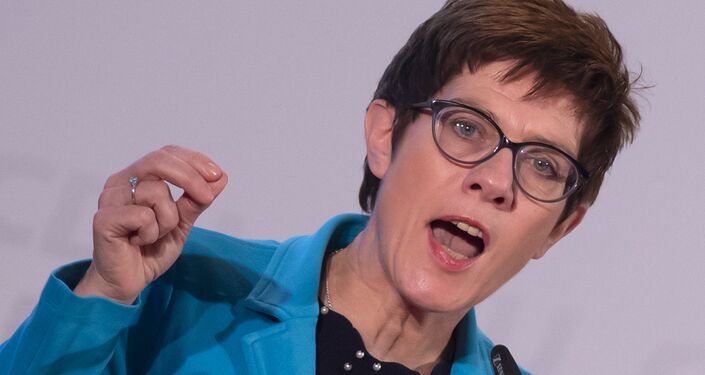 She has managed to win the support of prominent party members, including North Rhine-Westphalian Interior Minister Herbert Reul, who stated that she could help the party win back voter support, as well as head of Schleswig-Holstein Daniel Guenther and former federal ministers Thomas de Maizière and Norbert Bluem. Incumbent Economy Minister Peter Altmaier has also expressed support for AKK.

"I am convinced that with Annegret Kramp-Karrenbauer we have the best chance of uniting the CDU and winning elections. She has repeatedly proven this under difficult conditions in Saarland as interior minister and state prime minister", he said to Rheinische Post.

63-year-old millionaire lawyer Friedrich Merz was the first to enter the race for the party leadership right after Merkel announced that she plans to retire. He returned to big politics and leaped to the front in the race for the CDU top post after working years for the hedge fund BlackRock. He turned to the private sector after Merkel ousted him from the post of CDU group leader in the German parliament. 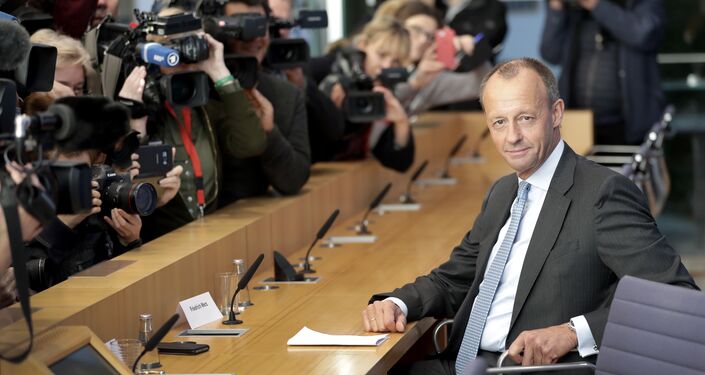 Known as one of her vocal opponents, he has criticized the chancellor for dragging the party to the left, lambasted the "unregulated influx" of migrants and slammed his party for taking the Alternative for Germany’s rise "with a shrug of the shoulders". Over the course of the election race, he has even expressed doubts that the right to asylum should continue to be a feature of the country’s Basic Law, which serves as its constitution. The remark has sparked discussions in Germany, the only EU country to constitutionally guarantee asylum-seekers refuge.

Ahead of the vote, Merz, who is seen as hailing from the conservative wing of the CDU, received an endorsement from German conservative and former hard-line minister Wolfgang Schaeuble.

"A majority for Merz would be the best thing for the country… (He) is a man who sends clear signals with clear ideas, who has the courage not to wait for the end of a debate but shape it", he told Frankfurter Allgemeine Zeitung.

The youngest contender, German Health Minister Jens Spahn, is considered to be an unlikely winner. He’s known for his friendship with US Ambassador Richard Grenell, who was appointed by President Donald Trump. At the same time, in contrast to the conservative stance of his possible rival AKK, he is openly gay and is married to journalist Daniel Funke. 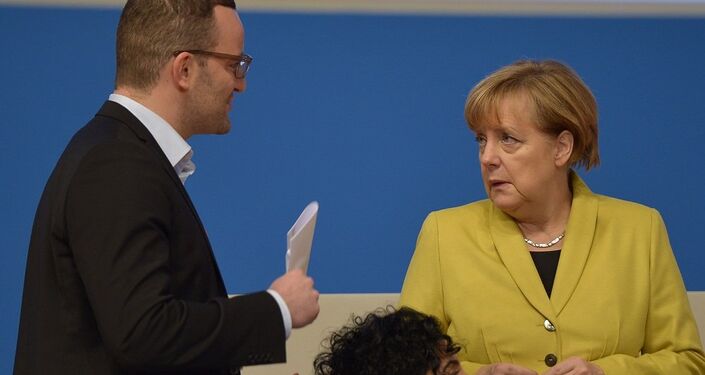 He has been an outspoken critic of the incumbent chancellor and has taken a tough stance on the nation's migration policy. He has opposed the UN Migration pact that Germany is planning to sign next month, amid opposition in the US and Austria abroad, and the right-wing Alternative for Germany party at home. He slammed attempts to sign it “secretly” and called for deciding the fate of the accord with a party vote.

In contrast to Merz and AKK, he hardly has any prominent CDU supporters.  Parliamentary State Secretary in the Development Ministry Norbert Barthle even suggested that he waive the candidacy. However, according to the German media, some senior CDU members see the 38-year-old, who has been in parliament since 2002, as a “rising star”.

Although it remains unclear who will come out as the winner of the vote at the party conference in Hamburg, some have already speculated about difficulties that the chancellor, who has signalled her desire to lead the government until the next national elections in 2021, may have with Merz.

Some are even voicing concerns over the future of the Christian Democrats. CDU Vice-Chair Armin Laschet, who was seen as Merkel’s possible successor, but eventually didn’t submit his candidacy to the leadership position, said to Spiegel that the unity of the party is in danger.
However, the chancellor herself has rebuffed all fears of possible turbulence.

"I have no doubt that, if that is the outcome, I can work well together with Friedrich Merz, as with every other candidate", Merkel said.