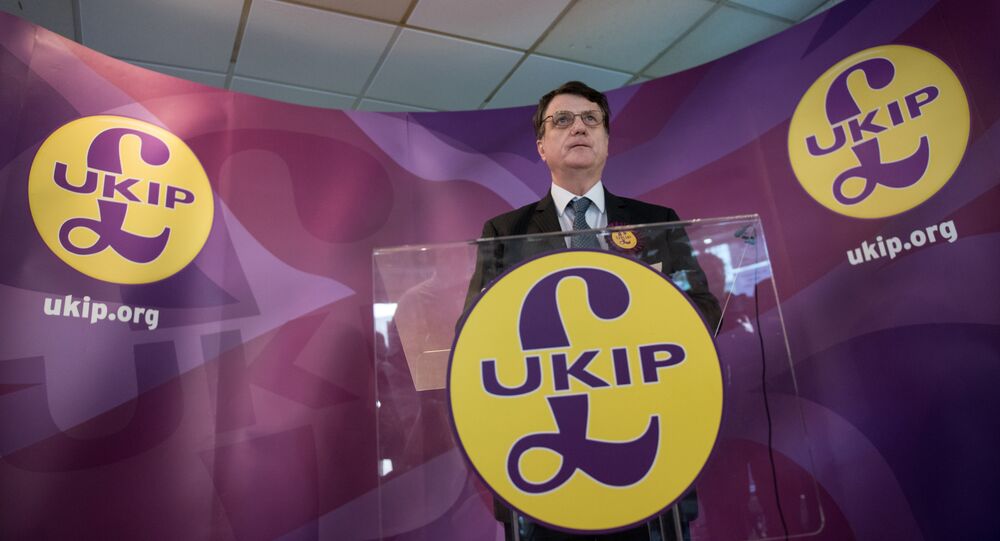 MEP and UK Independence Party leader Gerard Batten was quizzed on the recent appointment of a right-wing British activist Tommy Robinson to the role of a special adviser.

When pointed out to him during a televised interview that Robinson went to prison several times, Gerard Batten said that his new adviser had "walked away from EDL [English Defence League] a long time ago."

"Concerning people with real convictions, you have got four of them sitting in the House of Lords who make laws over us. People have criminal convictions, then they come out and resume their lives," he added.

"People come out of prison they then resume their lives" — UKIP leader @GerardBattenMEP defends appointing Tommy Robinson as an adviser.

The leader of UKIP then asked:

"Are we saying that people can't do something once they have served their sentence?"

English Defence League founder Tommy Robinson was appointed by Batten as "special personal advisor on rape gangs and prison reform" — the subjects in which Gerard said Robinson had "a great deal of knowledge."

UKIP rules prohibit members of the right-wing English Defence League (EDL) and similar organisations to become party members. Robinson's party membership has been deferred until March 29, when Britain is meant to leave the European Union.

On Wednesday, Robinson said a post he shared on his Facebook page, followed by nearly a million of users:

"Gerard batten is the only politician I've ever listened to who has made me want to vote."

'Farage is as Irrelevant as UKIP Now' - Political Commentator