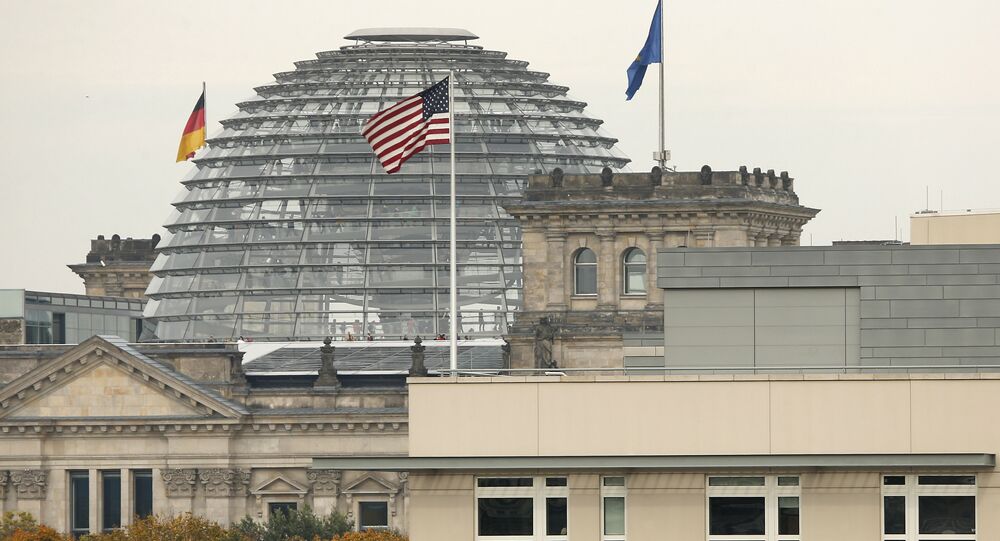 Calls to impose new punitive measures and incentives, including ones on European-Russian projects upon Moscow, have resumed after the recent incident off the Crimean coast when Ukrainian vessels sailed into Russian waters. Moscow has slammed it as a provocation.

German Ambassador to Ukraine Ernst Reichel, while commenting on the EU’s possible reaction to the Kerch incident and recent elections in Donbass that the Ukrainian authorities claim to be illegal, has said that there is no consensus within the European Union to really go ahead with additional sanctions against Russia. The diplomat stated at a roundtable called "Sanctions against Russia: How to Preserve European Unity?" organised in Kiev, that one feels “an imminent task to make sure that this conflict that does not escalate to a thing that can spin out of control”.

"But it is felt, at least by some [EU] member states, including my country, it would be counterproductive at this particular moment to go again at sanctions against Russia, because there is already too much tension in the whole story”, he said, noting, however that he didn’t exclude Europe using this instrument in the future.

According to him, the EU debate is more about defending existing sanctions rather than imposing new ones. He noted that it may not seem fair in Ukraine but “this is the way the discussion is going on outside”. He pointed out that there’s a limit to sanctions that “democratically elected politicians in the EU member states can advocate and decide without provoking serious criticism”.

“Sometimes… it is not sufficiently understood here in Ukraine where people tend to of course easily make demands to the EU and its member states but don’t have to worry about whether these demands are politically realistic and can be put into action”, he said.

On 25 November, three Ukrainian Navy ships crossed the Russian maritime border, entered its territorial waters, which were temporarily closed, and began moving toward the Kerch Strait. The strait serves as an entrance into the Sea of Azov. The vessels and their crew were detained by Russia after failing to respond to a demand to stop.

Following the incident, the authorities in Kiev declared martial law in several Ukrainian regions located along the Russian border and the coasts of the Black Sea and the Sea of Azov. The Russian president has said that the incident was a provocation prepared in advance ahead of the country’s presidential election to boost Ukrainian President Petro Poroshenko’s approval rating.