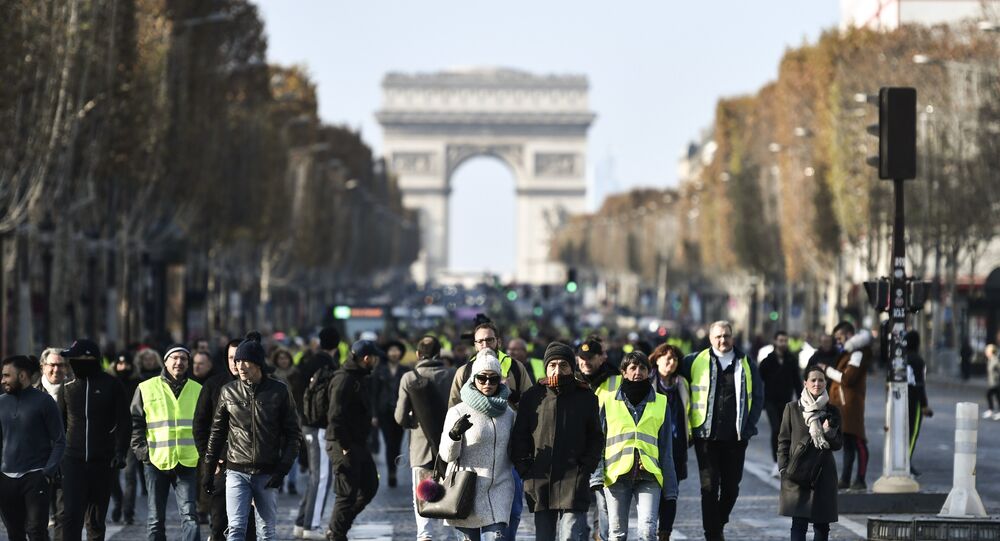 While President Emmanuel Macron is calling on everyone to help ease tensions, a recent poll has shown support for a declaration of a state of emergency due to the ongoing “yellow vests” protests against the fuel price hike. A columnist for The Guardian predicts that this could empower right-wing and anti-establishment forces in Europe.

The Guardian’s Natalie Nougayrède has warned of a right-wing political takeover of Europe that the French protests could result in. Therefore she stated that the French president needs help, but not hatred and scorn, for what she described as his “gilets jaunes[yellow vests] predicament”. She admitted that he has made mistakes, conceding that the protesters could consider themselves “the ‘invisible’ people treated with contempt by Parisian elites”.

But she sees the rise of those she defined as “extremists”, seeking “a political takeover of Europe in next May’s European Parliament elections” as a greater evil not only for France, but for the whole continent. Although Macron rose to the presidency as a liberal champion, promising a European renaissance, his plans are now threatened.

“Just as a weakened Merkel didn’t do much to help Macron in relaunching the European project, a weakened Macron will now provide new fodder for extremists and populists across the continent. If we don’t find solutions, the EU election in France risks becoming a referendum against Macron”, she wrote. She warned that anti-establishment and right-wing forces are waiting on the fringes.

After three weeks of violent protests, which left several people dead and dozens injured, businesses and property damaged, and even the French symbols Arc de Triomphe and Marianne statue vandalized, the government backed down. It put on hold an increased fuel tax and promised to consider returning the wealth tax. 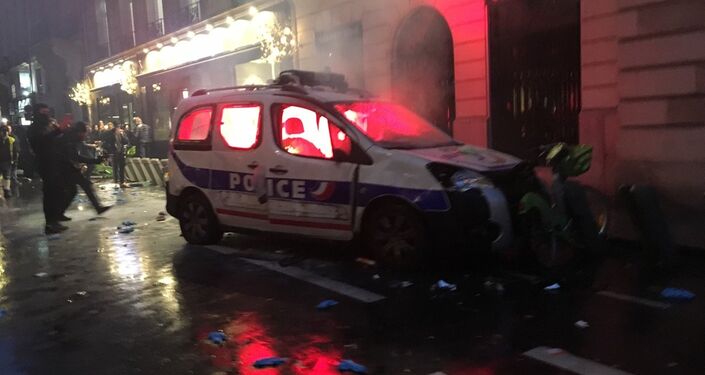 Now Macron is calling on all French political forces for help.

“He has called on government members to mobilise. He has urged parties to be responsible. The president has asked political forces, unions, entrepreneurs to call clearly and distinctly for order and respect of the Republican values”, Cabinet spokesperson Benjamin Griveaux stated.

Meanwhile, more than half of respondents (53 percent) in a recent poll by Ifop-Fiducial supported imposing a state of emergency. Earlier, the two main political parties — the Socialist Party and the Republicans, called on the French president to announce it.

The overwhelming majority, 69 percent, condemned violence during the protests, while the sentiment favouring the “yellow vest” movement remains as high as 72 percent.

Previously, French Interior Minister Christophe Castaner said that after analysing the situation, he saw no need to introduce a state of emergency. The "yellow vests" protests against rising fuel prices and newly introduced taxes have been taking place in France since November 17. The grassroots movement, known as “yellow vests” due to the fluorescent jackets worn by participants, has grown into an amalgamation of both right- and left-wing forces.

The demonstrations descended into violent clashes with police and riots, which left 3 people dead and hundreds injured, including police officers. In the French capital, the first weekend of December was marked by clashes between 8,000 protesters and 5,000 police officers. Tear gas, stun grenades and water cannons were deployed against the rioters; one person died and at least 133 were injured. Dozens more were wounded in other cities, such as Toulouse in southwestern France, where 57 people sustained injuries; five of whom were hospitalized.

The French government approved a move to raise a direct tax on diesel, the most popular type of fuel in the country, in 2017, after Emmanuel Macron was elected president. The measure was introduced to reduce the negative impact on the environment, encouraging people to switch to more eco-friendly means of transportation. Diesel prices in France have risen by around 23 percent since the beginning of the year, while petrol prices have gone up by 15 percent.