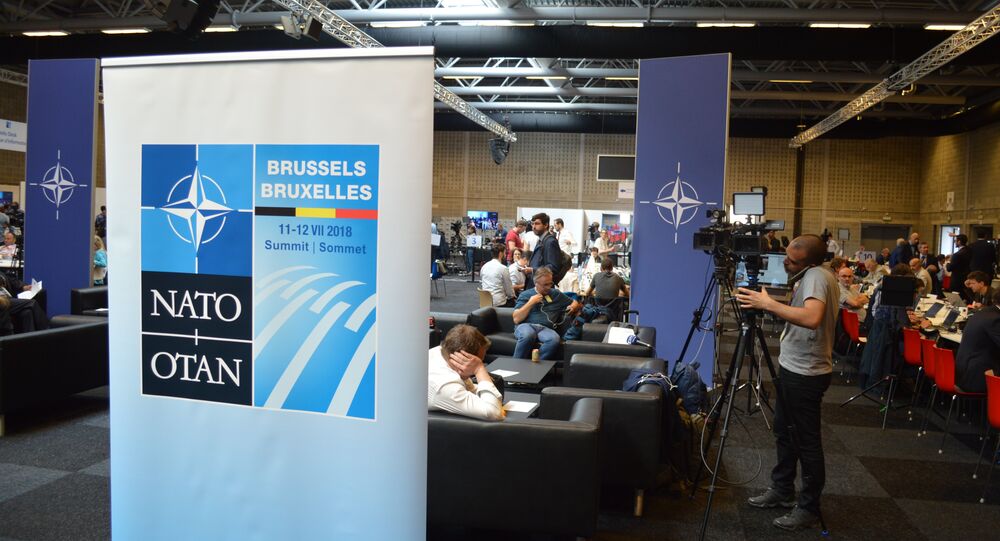 MOSCOW (Sputnik) - The foreign ministers of the NATO member states will gather in Brussels on 4 December for a two-day meeting to discuss the main security challenges that the alliance faces, including the situations in the Middle East and North Africa, as well as the Intermediate-Range Nuclear Forces (INF) Treaty.

On 4 December, the ministers will meet with two of NATO's partners, Georgia and Ukraine, which, according to NATO Secretary General Jens Stoltenberg, both "face serious security challenges from Russia."

The meeting will take place following the recent incident in the Kerch Strait near Crimea when three Ukrainian ships illegally crossed the Russian maritime border. The vessels were seized by Russia after failing to respond to a demand to stop.

Russian President Vladimir Putin has said that the incident was a provocation prepared in advance as a pretext to introduce martial law in Ukraine ahead of the country’s presidential election, expected to take place in late March.

© Sputnik / Vladimir Rodionov
US Hasn't Yet Notified Russia About Withdrawal From INF - Kremlin
According to NATO, the foreign ministers will also discuss the INF Treaty between the United States and Russia in the wake of US President Donald Trump's October statement regarding Washington's intention to withdraw from the arms control agreement due to Russia's alleged violations of its terms.

"This Treaty eliminated an entire category of weapons, but it has been put in jeopardy by Russia," Stoltenberg said as quoted by NATO, adding that the United States was in full compliance with the treaty.

Moscow has rejected the US accusations, stressing that scrapping the nuclear agreement would force Russia to take measures to ensure its own security.

The meeting will also focus on security challenges coming from the Middle East and North Africa, with the ministers expected to discuss the alliance’s support to its partners in the region, according to NATO.

© AP Photo / Michael Sohn
Paris, Berlin Blocked New Sanctions on Russia Over Kerch Stait as 'Premature' - Source
On 5 December, the ministers will hold a meeting devoted to the situation in the Western Balkans that EU foreign policy chief Federica Mogherini is expected to attend.

The ministerial meeting will conclude with a session of all countries contributing to NATO's Resolute Support training mission in Afghanistan, which aims to train, advise and assist the Afghan National Defense and Security Forces.