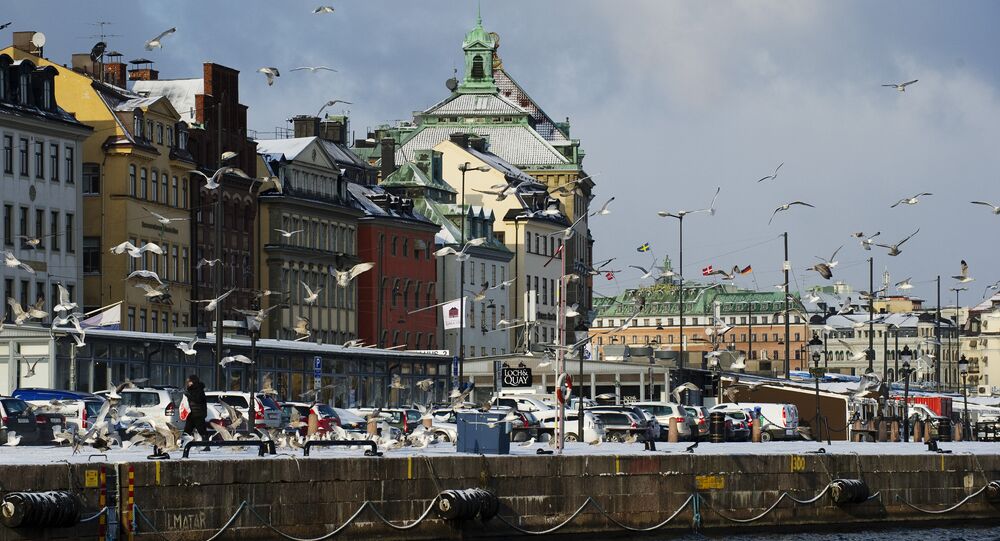 MOSCOW (Sputnik) - Russian Ambassador to Yemen Vladimir Dedushkin commended on Monday the parties to Yemeni conflict for agreeing to take part in the upcoming peace talks in Sweden.

"It is gratifying that both parties to the conflict confirmed their readiness to arrive in Sweden at the set time and take part in the negotiation process. [UN] Special Envoy [Martin Griffiths] has managed to organize preparatory events," Dedushkin told reporters.

Earlier in the day, Mukhtar Rahbi, an adviser to the Yemeni minister of information, told Sputnik that the delegations of Yemen’s government and of the Houthi movement will hold "individual" consultations at the peace talks in Sweden rather than direct negotiations, and will focus on "building confidence."

© Sputnik / Osama al-Sabah
Saudi-Led Coalition to Allow Evacuation of 50 Injured Houthis From Yemen – Reports
Fadl Abu Talib, a member of the political bureau of the Houthi movement, told Sputnik last week that the Houthi delegation might arrive on December 6, and the talks would last 7-10 days.

Vladimir Dedushkin also said Monday that the delegations of the Yemeni government and the Houthi rebels will arrive on Tuesday in Sweden to take part in settlement negotiations.

"The UN charter flight with the Houthi delegation and leadership of the General People's Congress party is expected to get a permit to leave Sanaa for Stockholm tomorrow, December 4,. Approximately at the same time, on December 4-5, the delegation of the Yemeni government headed by Foreign Minister Khaled Yamani must arrive in Stockholm," Dedushkin said.

"Over almost four years of a bloody war, a huge mistrust and contradictions have accumulated, and it's impossible to resolve them overnight. The Yemeni parties have not met since the summer of 2016. The very fact of their upcoming meeting in Sweden is the huge success of [UN Special Envoy for Yemen Martin] Griffiths," Dedushkin said.

The agenda of the talks comprises a rather long list of issues that could not be resolved during the previous negotiating round in Geneva, which failed to take place in September, he noted.

© AFP 2021 / STR
Mattis Supports Riyadh's Decision to Halt US Refuelling of Coalition Aircraft in Yemen
"First of all, it is about reaching agreements on confidence-building measures, which include the exchange of prisoners of war, the opening of the international airport in Sanaa, the unification of Yemeni Central Bank, payment of wages to servicemen and, of course, the cessation of the military confrontation around Al Hudaydah," Dedushkin said.

At the same time, the UN special envoy would like to discuss with the parties the "framework principles" of the settlement, which he publicly announced during his last briefing in the UN Security Council, the ambassador added.

"Naturally, it is impossible to come to an agreement on all such complex and multifaceted issues with a swoop. There is a lot of work. We are at the beginning of a difficult path. Now the main thing is to begin the process of overcoming the crisis, an important role in which will belongs to the UN, and above all to its Security Council. The UN Security Council is to approve the results of the inter-Yemen agreements," Dedushkin concluded.

The Yemeni government and the Houthi movement were expected to hold UN-backed talks in Geneva in September, but the Houthi delegation did not attend them, citing security concerns.

Jabari added that the government was ready to discuss any issue "that would lead to establishing real peace in the country." The government representatives, however, will head for Sweden only after the Houthis delegation leave Sanaa, the aide said.

The talks are expected to be start on December 6 near the Swedish city of Uppsala, the aide said.

© Sputnik
Yemen Humanitarian Crisis and War Continues as the US Halts Ceasefire Resolution
Yemen has been engulfed in an armed conflict between the government forces led by President Abd Rabbuh Mansour Hadi and the Houthi rebels for several years. The Saudi-led coalition has been carrying out airstrikes against the Houthis at Hadi's request since March 2015.

The UN-led attempts to find a peaceful settlement to the conflict have not succeeded so far. The fighting has recently intensified near the Houthi-controlled city of Al Hudaydah, through which the rebels receive humanitarian and commercial cargoes. The Yemeni government, in turn, claims that the port city is receiving weapons from Iran.

The conflict has led the country to a dire humanitarian situation, with civilians suffering extreme food shortages and disease outbreaks as well as direct impact from the military operations.

Senate Advances Debate on Yemen; Will US Involvement End?

US Senate Advances Resolution to End Support for Yemen War