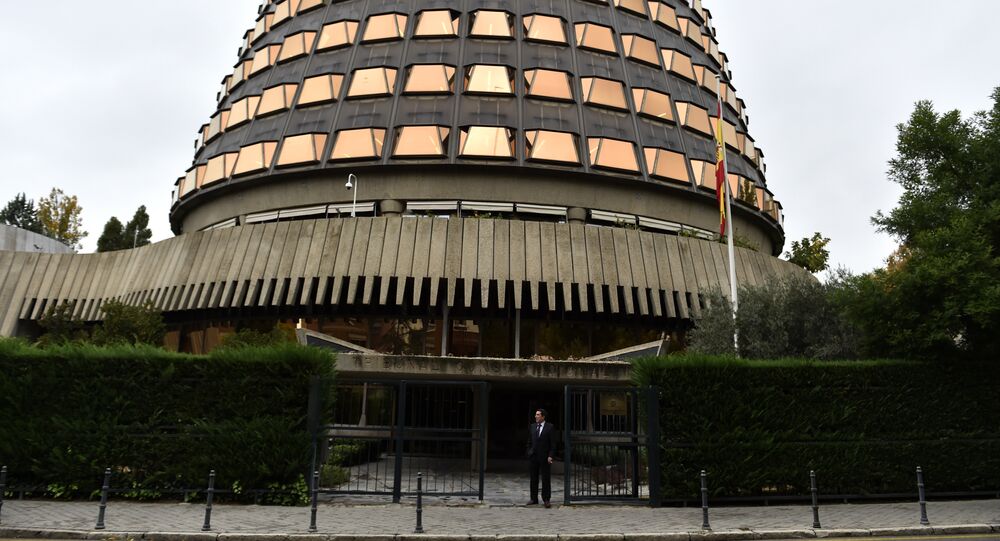 Jordi Sanchez, the former leader of the pro-independence Catalan National Assembly (ANC), and Jordi Turull, a former member of Catalan ex-President Carles Puigdemont's Cabinet said in their letter that the hunger strikes had been triggered by the Spanish Constitutional Court's refusal to settle their claims related to alleged violations of their constitutional rights. Sacnhez and Turull believe that the Spanish Constitutional Court is thus preventing them from addressing the Strasbourg-based European Court of Human Rights.

Quim Torra, the president of the Catalan government, has voiced his support for the strikes, slamming the Spanish authorities for "using criminal law as a means of revenge."

Meanwhile, the Spanish government has refuted the accusation.

"We're all living in a law-bound state, One can respect their [Sanchez's and Turull's] personal decisions, but one should understand that we're all equal in the eyes of the law," Spanish Deputy Prime Minister Carmen Calvo told reporters.

© AP Photo / Paul White
Jailed Catalan Politician Sanchez Refuses to Run for Government Head
A total of 18 Catalan pro-independence politicians, who voted for a unilateral declaration of independence in the regional parliament about a year ago, are set to be tried in the Supreme Court of Spain in early 2019.

On October 1, 2017, Catalonia held an independence vote, which resulted in over 90 percent of those who voted to back the region's autonomy. Madrid objected to the referendum and refused to recognize its results. On October 27, 2017, the Catalan parliament declared independence, which prompted the Spanish government to dismiss the regional government and to impose direct rule over Catalonia.