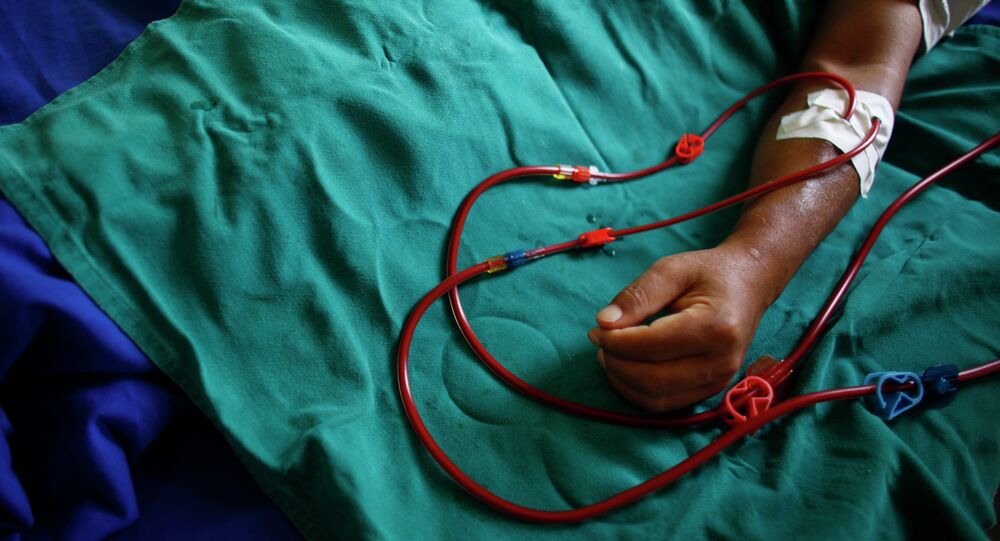 In October Nikos Kotzias, Greece's former foreign minister, disclosed that some of the Greek diplomats were involved in a scheme to traffic in children' organs, calling those who were involved "traitors".

"Do you know what visas for unaccompanied children mean? It means organ trafficking," Kotzias stated in an interview to the Greek publication "Iefimerida" last week.

During an interview on November 20, Kotzias said that the probe into the organ trafficking offence continues and that diplomats, who issued visas for minors earlier, are already in jail.

"The fact that I saved a few souls will make me sleep quietly when my life is over," the former FM added.

In October, after leaving the Cabinet, Kotzias appeared at an event hosted by the Greek political movement Pratto, where for the first time he mentioned the case of a 14-month-old baby who was issued a visa without parental consent. He alleged that that fact was covered up by Greek diplomats, and that the press hadn't written about it.

Later, speaking publicly during an event on the island of Crete on October 22, he provided some of the details, according to News 247, a Greek media outlet.

"We sent 93 cases to the Prosecutor, highly respected ambassadors went to jail, but the press did not write about them. Because the person who gives a visa in Constantinople [Istanbul] to an unaccompanied child is not just a criminal, he is traitor. A visa for a 14-month-old unaccompanied baby and they tried to cover it up for him", Kotzias said.

In April 2018 Kathimerini, a Greek Newspaper, issued a report, according to which there are thousands of unaccompanied children in Greece, who were illegally brought to the country and national authorities have ignored that. According to the report, there are 3,050 unaccompanied child migrants, almost half of whom live in unknown places or have no place to live at all.

In 2016, the EU's criminal intelligence agency reported that there are at least 10,000 unaccompanied child refugees who have disappeared after coming to Europe. Brian Donald, Chief of Staff at Europol highlighted that 5,000 children had disappeared in Italy alone, thus,  the number of missing children exceeds 10,000.