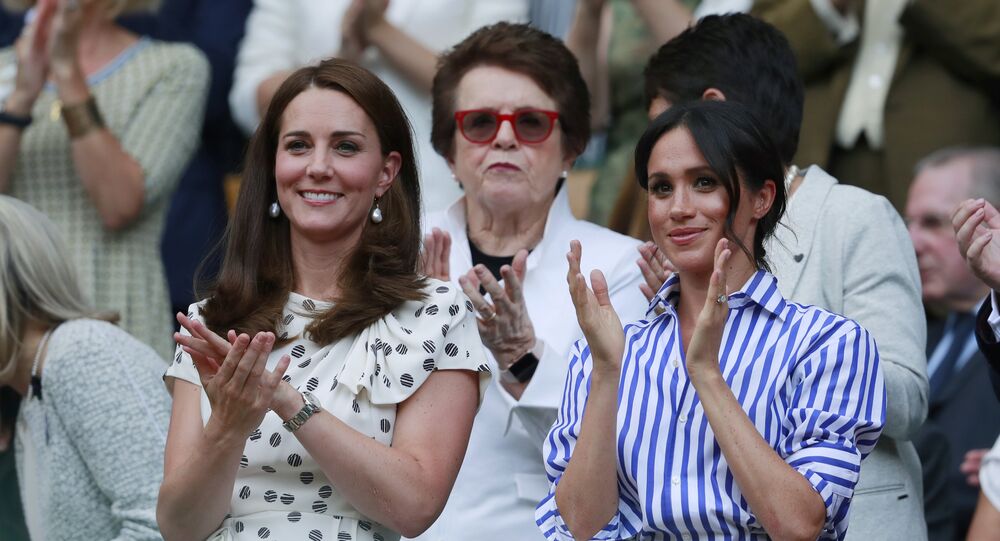 The Daily Telegraph cited two sources as claiming that Meghan Markle left her sister-in-law Kate Middleton in tears over her demands for the royal wedding.

During her visit to Leicester University with Prince William on Wednesday, Kate Middleton, the Duchess of Cambridge, told a crowd that she was ‘absolutely’ excited about the impending arrival of Prince Harry and Meghan Markle’s first child.

‘It’s such a special time to have little kiddies and a cousin for George and Charlotte, as well, and Louis. It’ll be really special’, she said.

#news Kate talking about Meghan and her new baby! Says she's happy for Meghan and to have a cousin for George,charlotte and Louis is special! So cute 😩💗 by the champ @2cool_4school_2lame_4fame.. The Duke and the Duchess of Cambridge were in Leicester today paying tribute to those who tragically lost their lives in a helicopter crash.

Her comments come amid rumours of tensions with Harry and Meghan, who allegedly do not want to ‘live next to William and Kate’ and are moving out of Kensington Palace.

‘There has been a bit of tension between the brothers. Now Harry and Meghan don’t want to live next to William and Kate and want to strike out on their own. They need more room and hope Frogmore Cottage will be ready in time for when they have the baby’, The Sun cited unnamed sources as saying.

In the meantime, The Daily Telegraph reported that Meghan left Middleton weeping over her demands regarding Princess Charlotte’s dress for the May wedding.

‘Kate had only just given birth to her third child, Prince Louis, and was feeling quite emotional’, an insider told the media outlet.

Although tabloids insist that there might be a rift between the families of the two brothers, The Daily Mail suggested that Meghan and Harry wanted to move in order to avoid the spotlight once the baby is born.