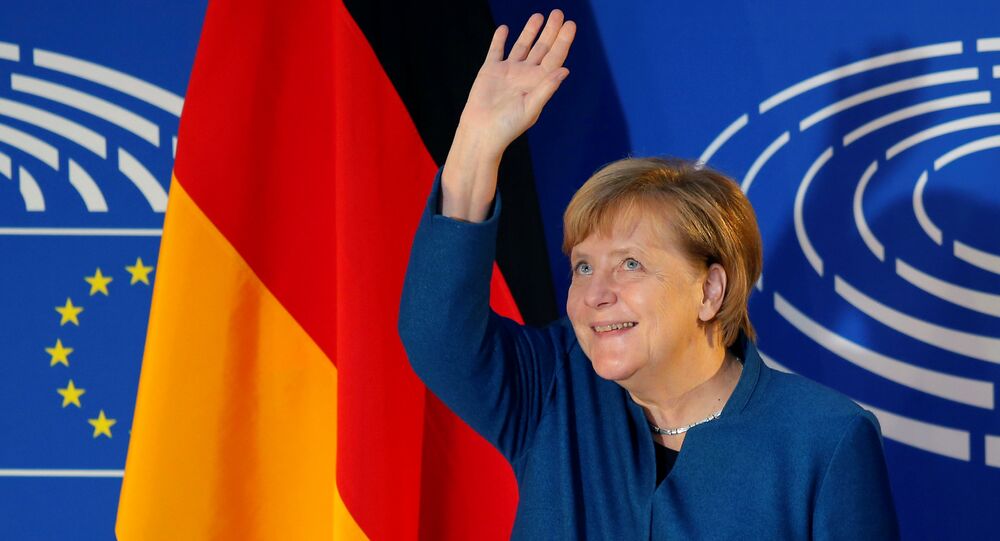 BERLIN (Sputnik) - Berlin and Kiev have different views on the Nord Stream 2 project, but they are unanimous on the opinion that the deal should not jeopardize gas transit through Ukraine, German Chancellor Angela Merkel has stated, adding that the European Union had mechanisms to adjust the volume of Russian gas supplied through the pipeline.

'You should proceed from the fact that, despite our diverging views on Nord Stream 2, we are making every effort to preserve the role of Ukraine as a transit country, and you should know that at the European level we have the possibility to regulate, through the Third Energy Package, how much gas will be supplied', Merkel said at the German-Ukrainian forum in Berlin.

She noted that Berlin would be closely following the political situation in Ukraine.

© Photo : nord-stream2
Nord Stream 2 AG Built Over 150 Miles of Gas Pipeline Despite US Opposition
Russia has repeatedly said that the Nord Stream 2 project is completely commercial and competitive. The country has also clarified that the project did not imply that Russian gas would no longer be transited through Ukraine, and could consider the option if it remained economically viable.

Nord Stream 2 is a joint venture of Russia’s gas giant Gazprom and five European companies. The pipeline project has been welcomed by some countries in Europe and opposed by others that claim it might increase their dependence on Russian gas. Ukraine, fearing to lose its status as a transit country for Russian gas, is one of the project’s opponents.

Kiev should show a 'smart approach' in connection with the Russia-Ukraine incident in the Kerch Strait, a solution is only possible through dialogue, German Chancellor Angela Merkel has stated.

'I intend to discuss this topic with Russian President [Vladimir Putin] at the G20 summit. We will take care of this, however, we have a request for the Ukrainian side to maintain a smart approach. We know that we may only resolve this in a reasonable way and only within the framework of talks with each other because a military solution is impossible', Merkel said at the opening of the third German-Ukrainian forum in Berlin.

The Chancellor further noted that Germany and France are ready to continue working in Normandy format on the Ukrainian settlement, although the results have not been significant so far.

The ships have incited an international scandal after they illegally crossed the maritime border and sailed toward the Kerch Strait, the entrance to the Sea of Azov. The vessels were seized by Russia after failing to respond to a demand to stop, with the crews arrested.

Following the incident, the Ukrainian President imposed a martial law in a number of country's regions.