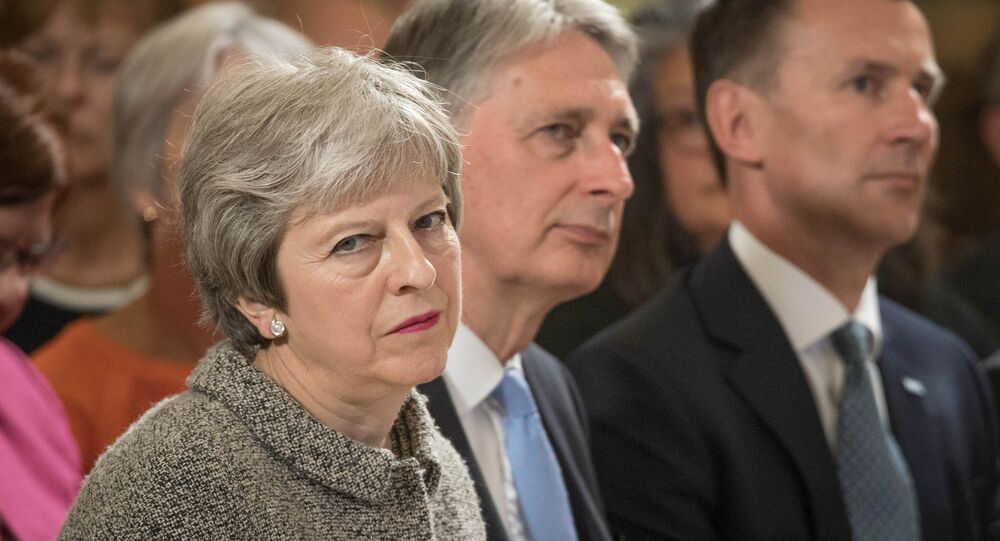 UK Finance Minister Philip Hammond has commented on the prime minister's plans for the economy, speaking ahead of a government report on the economic impact of various Brexit scenarios.

'We've had a referendum, we've made a decision to leave the European Union, so that is what we are going to do. If we were to, in some way, renege on that decision we would leave our country fractured', he stated.

The UK government will publish a summary of legal advice on Brexit, according to the finance minister.

© REUTERS / Jon Nazca
May's Mishandling of Brexit Created Constitutional Crisis - Eddie Bone
The statements were made after the UK prime minister submitted the withdrawal deal for a final approval to Parliament on 26 November.

Following the EU leaders’ summit, May voiced hope that the UK Parliament would ratify the agreement although it had faced criticism both from the opposition and from the ruling party, when she defended it in the House of Commons earlier in the month.