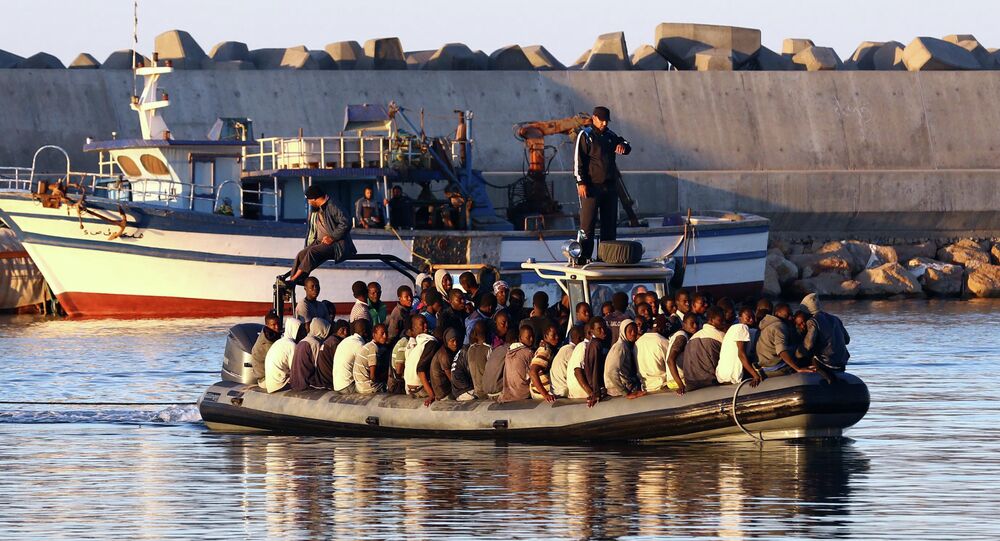 Unlike Hungary, Austria, Poland, Israel, and other nations that have withdrawn from the UN Global Migration Agreement, Sweden intends to sign it, claiming it would make immigration 'safe, orderly, and regular'.

Sweden's transitional government led by Stefan Löfven has voiced a readiness to sign the Global Compact for Migration, triggering resistance from fellow Swedes who called the agreement 'headless' and claimed it undermined their sovereignty.

The Swedish government claims that the framework is important for Sweden's economic development and that there is a 'great potential' in even more immigration to the country whose migration policy already is one the most generous in Europe. In recent years, Sweden has taken in over 200,000 asylum seekers, mostly from the Middle East and Africa.

'Migration is international in its nature, in both challenges and opportunities. Managing migration challenges and utilising its opportunities requires international cooperation', the Swedish government wrote. 'Safe, orderly and regular migration represents a great potential for economic and social development, both for the individual migrant and their families, as well as for the country of their origin and destination', the government continued, citing a lack of workforce in several sectors of the Swedish labour market.

Critics of the agreement warned that it would undermine national security, failed to distinguish between illegal immigrants and refugees and may ultimately trigger another influx despite being formally non-binding.

This Sunday afternoon, a non-party demonstration against the UN will be held in one of central Stockholm's squares.

'The agreement is an expression of a globalist way of thinking that wants to interfere with the self-determination of the nation states', Håkan Bergmark, one of the organisers, told the Fria Tider news outlet, describing the protesters as a 'loosely assembled group'.

The demonstration is being organised by a group that calls itself 'Stockholmers for a sovereign Sweden'. No advertisements for individual parties will occur, Bergmark assured. Bergman called it 'particularly alarming' that the agreement calls on the media to 'show restraint' in reporting serious crimes committed by immigrants to assure 'objective' coverage.

On Facebook, a few hundred people have so far shown interest in participating in the weekend demonstration labelled 'for the sake of our children and grandchildren'. In their appeal, the organisers said everyone was welcome to participate in a manifestation against 'this headless migration pact'. Blogger, prolific children's author and journalist Katerina Janouch described the demonstration as the people of Sweden 'giving the finger' to the irresponsible policies and agreements concluded behind the people's back.

The agreement, formally known as the Global Compact for Migration, is expected to be adopted at Marrakesh conference in Morocco on 10-11 December, whereupon it will be formalised as a UN resolution. While described as 'advisory' and 'non-binding', the migration agreement features concepts such as 'promises' and 'commitments'.

Over a quarter of the Swedish population of roughly 10 million have foreign backgrounds. Ethnic Swedes have already become a minority in several cities, such as Botkyrka. Given the current pace of immigration and fertility rates, ethnic Swedes may become a minority as soon as 2060, the Netherlands-based think-tank Gefira predicted.