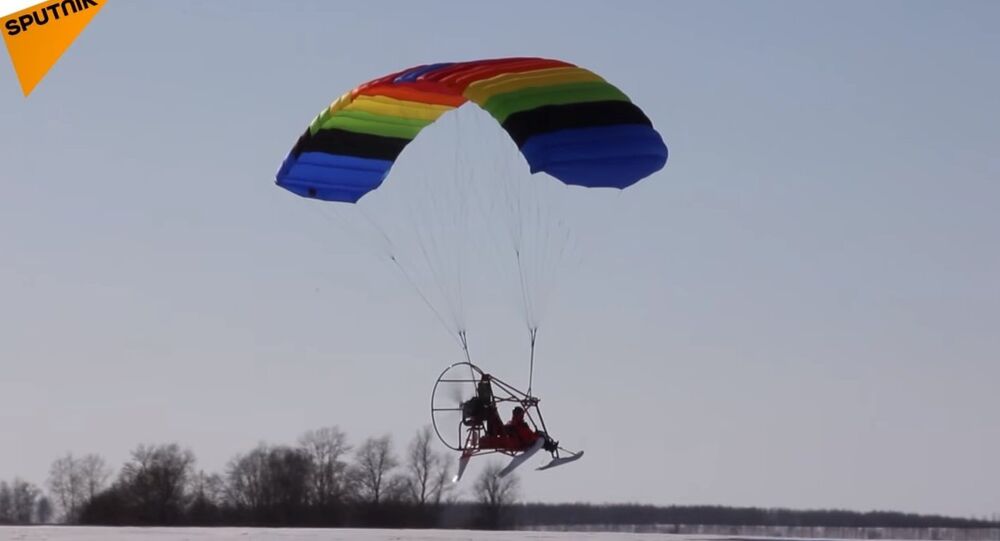 Beautiful to the eye and uplifting to the spirit, hang gliding can at times turn into a nightmare to remember as one American tourist found out during a vacation in Switzerland.

In October 2018, Chris Gursky, a Florida-based auto parts manager and photographer, and his wife Gail, both from Florida, were spending their vacation in the Alpine republic.

YouTube/Caters Clips
Ashes Away: Base Jumpers Celebrate Friend’s Life
They decided to kick off their vacation with hang gliding — a tandem flight each with their own pilot.

For Chris, however, his first such experience turned into a nightmarish, two-minute fight to stay alive.

As a starting point, the couple chose a mountain about 1,200 metres (4,000 feet) high. It was a tandem flight where a pilot and a tourist are tied to a hang-glider with safety straps. Gail was the first to fly and everything went fine.

Chris was next to go. After leaping from the mountain he realised, much to his horror, that his harness was not attached to the hang glider.

His body weight shifted straight down and he found himself grabbing a metal bar and hanging on for dear life.

For the next two harrowing minutes, while the instructor was desperately looking for a suitable place to land in a wooded area, an exhausted Chris was slowly losing his grip, risking falling down.

He ended up holding on to the bar with the left hand and the lower part of the instructor’s leg with the right as they were nearing the ground.

Moments before the hang glider finally landed in a field, Chris broke loose breaking his wrist. He underwent surgery at a local ER and had a titanium plate inserted in his hand.

He said that the scary experience would not deter him from flying again.

‘Still can't cross Hang Gliding off the bucket list till I finish a successful flight!……maybe  Norway?’ he wrote.