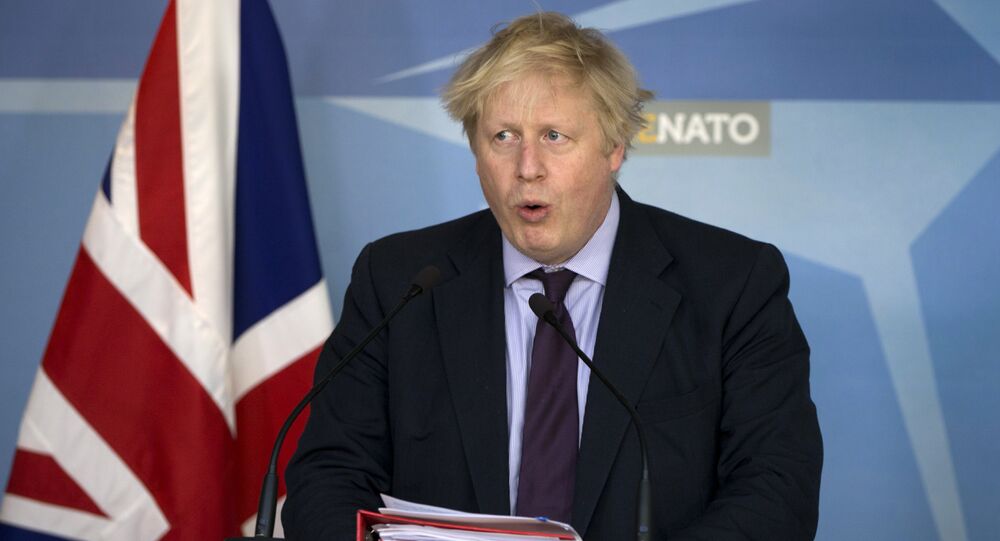 With the parliamentary vote on Prime Minister May’s Brexit deal just a few weeks away, Boris Johnson is frantically making the case for the government to consider alternatives to Theresa May’s Brexit agreement.

Brexit proponent, Boris Johnson, has slammed Prime Minister Theresa May's Brexit plan as a "disaster for this country" while attacking her "servile" negotiating style with the EU.

Johnson, writing in the UK's Daily Telegraph, said that the best possible pathway away from the current deal is to "bank what is sensible" in the withdrawal agreement and "chuck" the rest.

We need to get out. Get all the way out, without a thousand trade offs and concessions. Be a fully independent country with no influence from EU.
Then we can negotiate whatever deal we need/want afterwards. We have the worst of both worlds with this deal.

​"The way out of this mess is clear. We should bank what is sensible in the Withdrawal Agreement and the political declaration, on citizens, on mutual recognition of qualifications, home and foreign policy co-ordination and so on," he wrote.

Johnson also jumped to trivialise the so-called ‘backstop' on Northern Ireland, saying that instead it should be replaced with "a simple commitment by all sides to what is obvious and accepted by all — that there is no need for a hard border in Northern Ireland and never will be."

There are currently only 93 Conservative MPs claiming they will vote against May.
Given how awful this deal is, what on Gods planet are the other 70% actually thinking!!!

​Part of Theresa May's deal also includes a commitment by London to pay the EU a  gargantuan £39 billion, slated by both sides as a ‘divorce bill.' The figure has however been pointed to by arch-Brexiteers as deeply unfair. BoJo argues that the UK should refuse to hand this over until and unless Brussels negotiates a "zero-tariff, zero-quota free-trade-deal" with Britain.

"We should refuse to hand over a large chunk of our £39billion until that deal is done by the end of the so-called implementation period in 2020," he wrote.

The @theresa_may argument that if MPs voted for her deal we would be able to move on from #Brexit and get a life is disingenuous. We would have years more of this ahead, with all the hard detail still to come.

​In the article, the former foreign secretary, who left his cabinet position in July in protest of Prime Minister May's ‘Chequer's deal,' also penned one of his most blistering attacks yet on May's government for not standing eyeball-to-eyeball with the 27 EU states, accusing them of a "servile" style of negotiation.

"We cannot go on any more with this hopeless can't-do spirit; this reflexive negativity and defeatism that so woefully underestimates the courage and creativity of the British people," he lamented.

Yet, BoJo argued that the May's grandest mistake was to agree to the UK remain in the EU's customs union without negotiating any time frame for leaving it. The fear among many Brexiteers is that as a consequence, London will have to capitulate and accept EU regulations indefinitely after the end of the transition period in 2020.

"Do not believe for a second that this is just some temporary agreement," warned Johnson.

Every MP who says they won’t vote for the PM’s #Brexit Deal needs to be asked immediately “But will you vote against it?” Opposing the Deal through abstention, rather than through opposition, could be the thing that allows it to get it through.