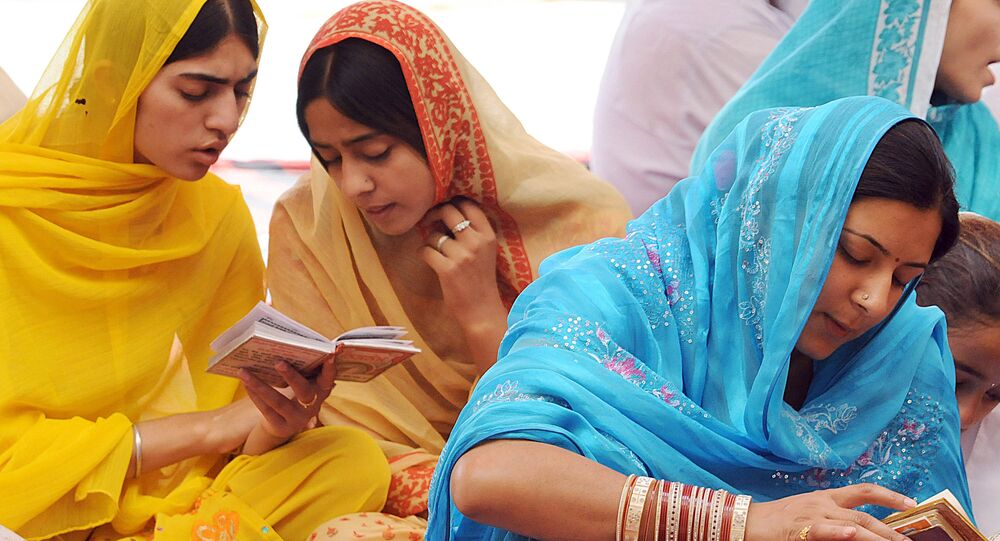 According to the Sikh Meditation and Rehabilitation charity team, the alleged abuse of Sikh girls by Muslim grooming gangs had long been neglected – even though such instances can be traced back to the 1960s.

© AFP 2021 / NARINDER NANU
India, Pakistan to Complete Dedicated Corridor for Sikh Pilgrims by Next Year
While cases started to appear in the courts in 1971, it goes as far back as the 1960s: the girls would be trapped by “fashionably-dressed adult Pakistani men travelling in flamboyant vehicles to predominantly Sikh dominated areas and schools,” the study alleges.

Young Sikh women across the United Kingdom would reportedly be groomed by one man and then passed round to other members of the family.

“Over the course of three decades, Sikh community leaders in the West Midlands repeatedly assert that when families or community representatives contacted the police regarding the abuse of children, their information was consistently met with disinterest and their claims met by inaction. With the emergence of multiple similar cases across the UK, the perceived failure to act has now been attributed to the ‘political correctness’ that inhibited authorities and agencies from addressing the racial and cultural dimensions understood as causative factors behind the abuse,” the report said.

The report was backed by the Labour Party and said that it wasn’t meant to be a “witch-hunt against any individual, community, culture of faith”.  It was intended to bring changes, which it said, was impossible unless the facts were laid out.

Labour MP Sarah Champion has called for an independent investigation into abuse of Sikh girls in the UK:

“I was shocked when I first heard about the organised abuse of Sikh girls by mostly Pakistani men. When I started speaking to Sikh women, I could not believe how widespread the grooming and abuse was – and that this has been going on for decades. All forms of sexual exploitation must be prevented. We need to speak of the abuse of Sikh girls to take it out of the shadows and make sure the authorities take it seriously. There needs to be a full investigation into the systematic abuse of Sikh girls”.