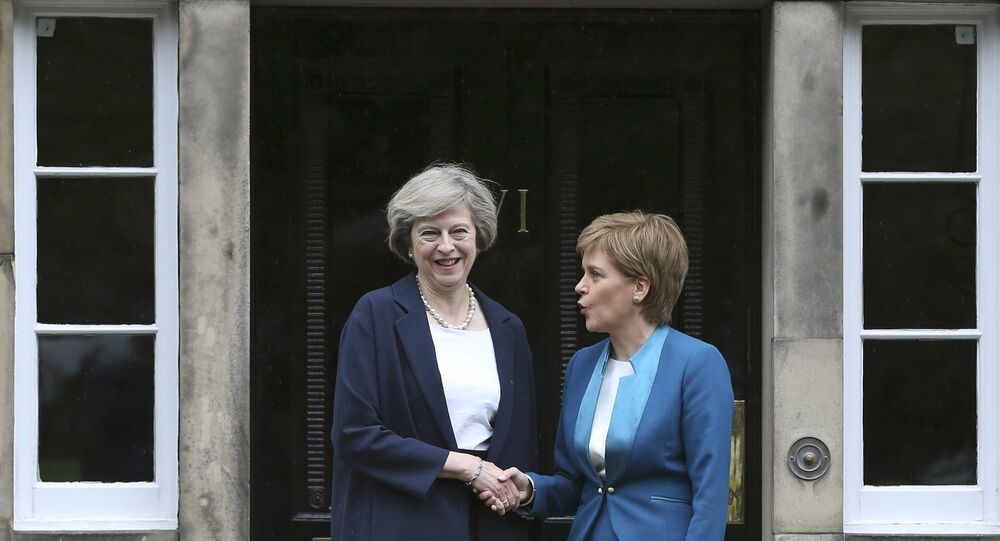 Although the UK PM has made big promises, many in the island nation are set against her claims.

On Saturday, UK Prime Minister Theresa May stated in an open letter to the British people that she would campaign "heart and soul" to get her Brexit deal through Parliament, amid stiff opposition within and beyond her own party.

"Today, I am in Brussels with a firm intention of agreeing a Brexit deal with the leaders of the other 27 EU nations. It will be a deal that is in our national interest — one that works for our whole country and all of our people, whether you voted "Leave" or "Remain," May said in the letter, a day before the 27 leaders of the remaining EU nations were expected to endorse the draft Brexit deal, including the withdrawal agreement and the declaration on the future EU-UK relations.

​In a Sunday tweet, however, Scotland's First Minister Nicola Sturgeon fired back against May's assertions.

"I don't say this lightly, but almost nothing in this desperate letter is true," Sturgeon tweeted. "This is a bad deal, driven by the PM's self-defeating red lines and continual pandering to the right of her own party."

On Sunday, a special meeting of the leaders of 27 EU member states was held in Brussels, during which the group endorsed May's Brexit agreement and the political declaration regulating relations with the United Kingdom after the upcoming split.

"This is a mourning day for the Europeans. We have completed the process of withdrawing the United Kingdom from the European Union. The text of the agreement has 585 pages, while the negotiations lasted for 524 days," Babis said, according to local media.