MOSCOW (Sputnik) - French President Emmanuel Macron expressed hope on Sunday that the information about the Saturday chlorine gas attack on the Syrian city of Aleppo will be sent to the Organisation for the Prohibition of Chemical Weapons (OPCW) and everyone responsible for the incident will be identified.

The president also pointed out that France had not enough information about the chemical attack on Aleppo yet.

"Concerning reports about the attack and the use of chemical weapons, we do not have clear and sufficient information to comment on the information provided by Russia," Macron said. 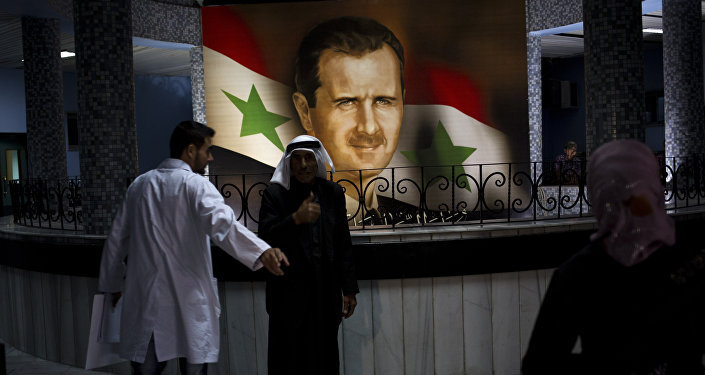 © AP Photo / Dusan Vranic
US Not Seeking Regime Change in Syria, Has No Plans to Break it Apart - Envoy
The French leader added that he was closely following the situation in Syria and expressed readiness to discuss it not only with other EU states, but also with other countries.

Macron's comments come after Saturday reports that militants fired chlorine-filled shells at two neighborhoods of Aleppo — al-Khalidiye and Al Zahraa — along with the Nile Street. People were hospitalized with asphyxiation and other symptoms typical for poisoning. According to local media reports, 107 civilians have been hospitalized.