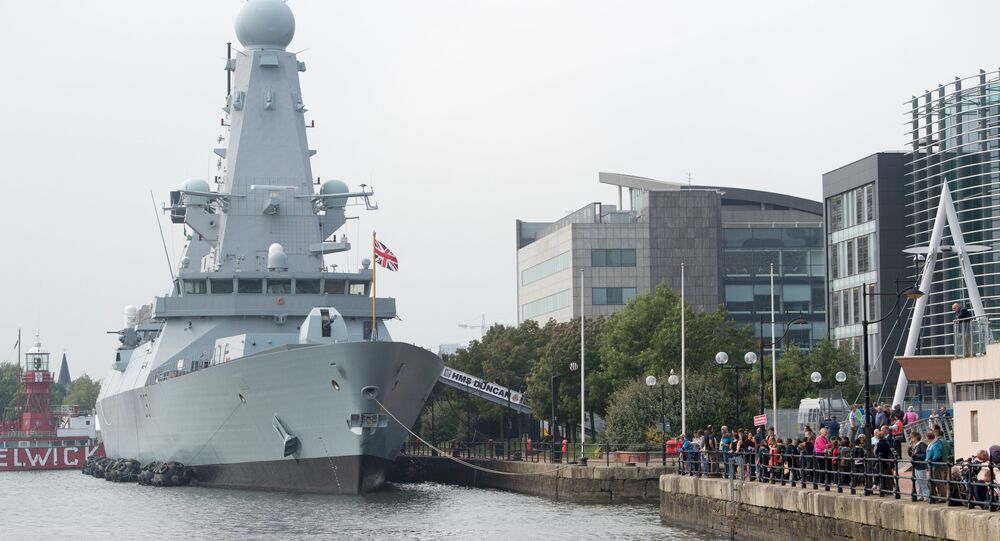 The poisoning of Sergei Skripal and his daughter in Salisbury has sent waves far beyond the United Kingdom, which reached the board of a warship some 2,000 kilometres away from the British coast.

The crew of British guided-missile destroyer HMS Duncan was ordered to return to the ship which was docked in a Montenegro port amid the mayhem caused by the Salisbury attack on March 4.

The Telegraph reports, citing "Warship: Life at Sea", a documentary filmed for Channel 5, that 280 crewmen from the HMS Duncan were on shore in Montenegro when the news about the Skripals broke.

The crew members received a text message, reading "The Defence Attaché has informed the ship that Montenegro authorities have been made aware of a [redacted] group that will be in the area this evening. Therefore all ships company are to return onboard by 1800."

READ MORE: No Longer 'Master of the Seven Seas': Has the Royal Navy Ever Been This Tiny?

A Ministry of Defence spokesman explained the order by citing "local threat assessments and the wider geopolitical situation". The Telegraph offers its own explanation: Montenegro was a socialist republic until the split of the Eastern Bloc in the early 1990s and "many links remain with Russia" (disregard the fact that Montenegro joined NATO last year, has implemented the EU's anti-Russia sanctions and is ruled by a pro-EU president).

The HMS Duncan, praised by the Royal Navy as one of the world's most advanced warships, has been at the helm of NATO's Standing Maritime Group 2, a task force that conducted a naval exercise in the Black Sea this year. After a stay in Albania, in July the destroyer returned to her homeport in Portsmouth.

Former Russian intelligence officer Sergei Skripal and his daughter were found unconscious in a park in Salisbury, England on March 4. London has confirmed that the two were exposed to 'Novichok', a deadly nerve agent. UK Prime Minister Theresa May accused Russian military intelligence of orchestrating the poisoning at the behest of the Kremlin.

The poisoning sparked a diplomatic row between the two countries: before the end of an official investigation, London expelled 23 Russian diplomats, with Moscow responding in kind.

In early September, the UK prosecutors charged Russian citizens Alexander Petrov and Ruslan Boshirov with attempting to murder the Skripals. However Boshirov and Petrov refuted any involvement in the Skripal case, stressing that they visited Salisbury as tourists and worked in the fitness industry.

Russia has also flatly rejected the claims, saying that it has never seen the evidence, the investigation was not transparent, and that it wasn't granted access to any documents related to the investigation.