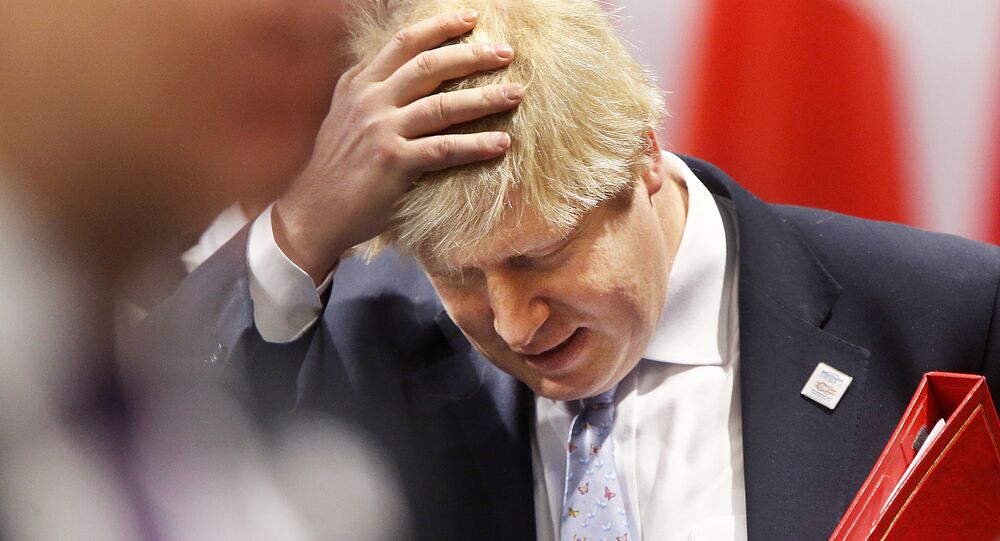 The ex-foreign minister pointed out that while he personally did not believe in Britain seceding from the European Union without some kind of deal, such move would not necessarily be as bad as “some people suggest.”

Former British Foreign Secretary Boris Johnson has announced that London should appoint a government minister to handle preparations for Britain’s “no-deal” exit from the European Union.

"It is very important that we show we are negotiating with confidence and conviction and have a new secretary of state with powers across Whitehall to make things happen and get this country ready if we have to go out on WTO terms," he said as quoted by BBC.

© REUTERS / Stefan Wermuth
UK PM Has 'Painted Herself Into a Corner': Brexit Puts May at Risk - Commentator
As Johnson explained, while he did not believe in the UK quitting the EU without a deal, such a move wouldn’t be "nearly as bad as some people suggest."

Earlier this week, British Prime Minister Theresa May announced that the text of the declaration on future relations has been agreed upon between the UK and the EU. She added that the agreement was clinched with the European Commission, and it was up to the EU 27 to review it in the run-up to the special EU Council meeting on November 25.

Boris Johnson: British People Did Not Vote for Colony Status