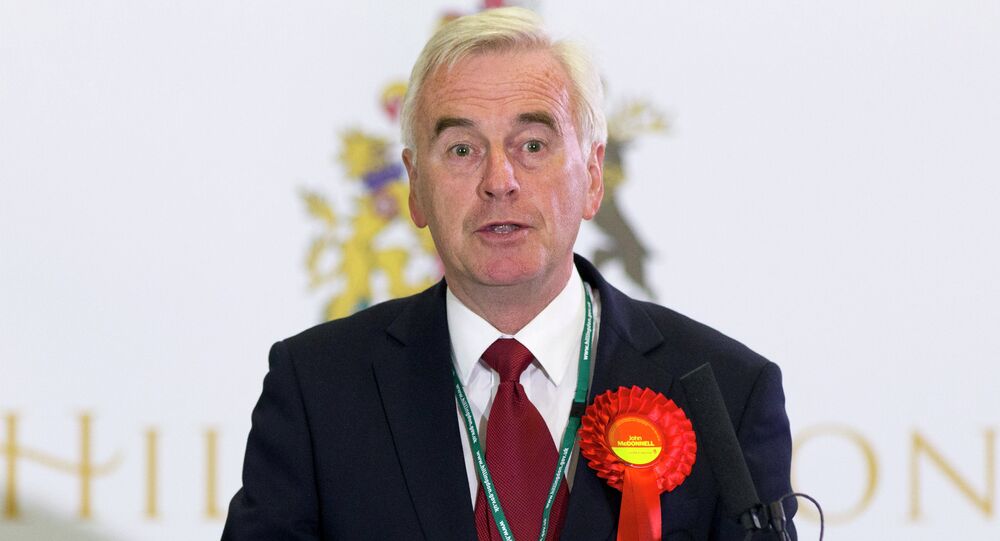 The shadow chancellor has often criticized the ruling Tory Government's capitalist and elitist policies, and, in a fresh interview with Reuters, the senior Labour official shed light on what he wants to achieve should his party enter government.

Labour Shadow Chancellor John McDonnell has said he is serious about “overthrowing capitalism” in Britain, explaining he wants to “transform” the economy to aid equality and democracy.

“I believe it. I am serious in my intent. I want to transform this economy. That means evolving into a system which can achieve that equality, that democracy, that fairness, and tackles the major challenges that we are facing,” the shadow chancellor said in an interview with Reuters on Friday.

McDonnell, who described Karl Marx as a major influencer on his policies, also said immediate action needs to be taken to tackle homelessness in Britain.

“[Even the rich] don’t want to step outside their office and as they go to their car step over a homeless person. So we are looking for change and I think we are reflecting the mood.”

© AP Photo / Vadim Ghirda
Scholar: UK Government Has to Review Its Policy on Austerity
Under Corbyn, Labour has pushed for the nationalization of core industries, such as utilities, and staunchly advocated for an end to austerity, plus major reforms to the banking and broader financial system.

Labour is slightly ahead of the Conservative Party in the polls, positioning them well to take power if another snap general election is triggered in the near future.

READ MORE: Prof on UN Envoy Visit: 'It's a Sign of How Bad Things Have Gotten in the UK'

'Bit of a PR Stunt': UK Austerity End is 'Really No More Than Lip Service'