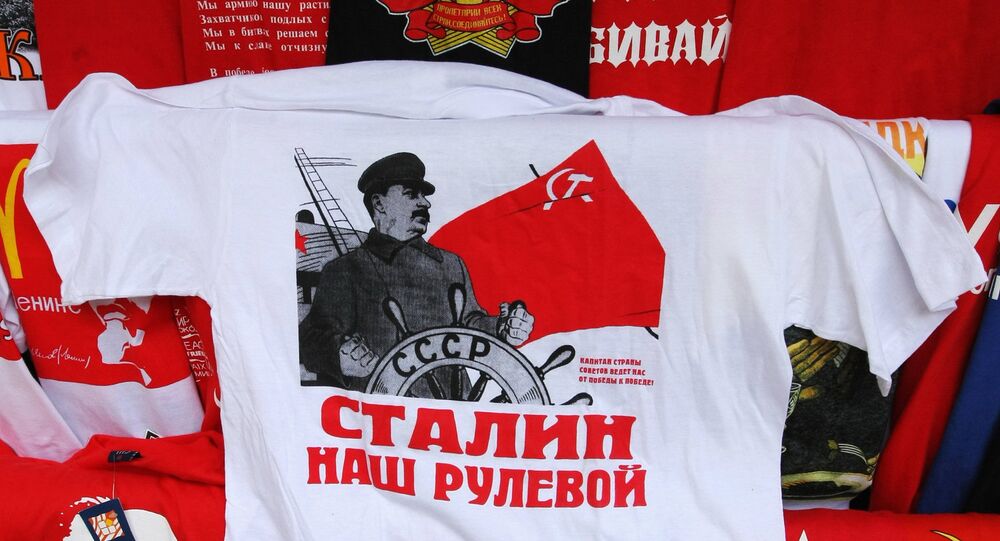 Back to USSR? EU Parliament MPs Push Amazon to Crack Down on Soviet Symbols

In September, the US retail giant Walmart agreed to remove shirts with Soviet emblems from its online shop after Lithuanian ambassador to the United States Rolandas Krisciunas urged the company to withdraw the items.

In a letter to Amazon CEO Jeff Bezos authored by Lithuanian MEP Antanas Guoga, the European lawmakers specifically referred to T-shirts, costumes, flags and memorabilia emblazoned with hammer and sickle symbols, which they claimed "glorify the totalitarian Soviet regime and thereby demonstrate a lack of compassion to millions of European citizens who are Amazon Inc customers as well."

The MEPs said that they "condemn the use of the aforementioned symbols of totalitarian regimes – Nazi or Soviet", which they argued "systematically abused human rights" and "suppressed freedom and democracy".

Following #Lithuania’s initiative, 27 members of @Europarl_EN ‘request the discontinuation of sales of goods with the hammer and sickle symbol, representing the Soviet Union, on the @amazon Inc platform’.

Taking aim at the Soviet Union, the MEPs said that "a society of free peoples such as the European Union" should not allow "the veneration of […] the aggression which symbolises occupation, suffering and massacre for millions."

The letter was signed by MEPs from the three Baltic States as well as Croatia, Finland, Hungary, Poland, Slovakia, Germany, the Netherlands, Portugal and the UK.

The document came after the Amazon-related WhyNotSwastika campaign was launched by Lithuanian social media users, who insisted that Soviet symbols should be treated no differently from Nazi imagery and that retailers should show better discretion by rejecting their commercialization.

Several European politicians reacted publicly to the campaign, including former Polish MP Kosma Zlotowski who slammed the USSR as "a totalitarian and criminal state", urging Amazon to seriously consider the appeal.

© CC0
Amazon Voice Assistant Alexa's 'Creepy Laugh' Sends Shockwaves on Twitter (VIDEO)
In September, Lithuanian authorities said that the US retail giant Walmart had agreed to remove shirts with Soviet emblems from its online shop after the three Baltic States, including Estonia, Latvia and Lithuania, complained about the clothing. In May, German sports gear maker Adidas agreed to remove a red tank top with the letters USSR and emblems of the Soviet Union from its online store.

The hammer and sickle is a symbol of proletarian and peasant solidarity, which was adopted following a 1917 contest for the creation of a Soviet emblem under Vladimir Lenin and fellow Bolshevik Anatoly Lunacharsky. With time, it came to be associated with Soviet rule, and ceased to be a state symbol in Russia in 1991.