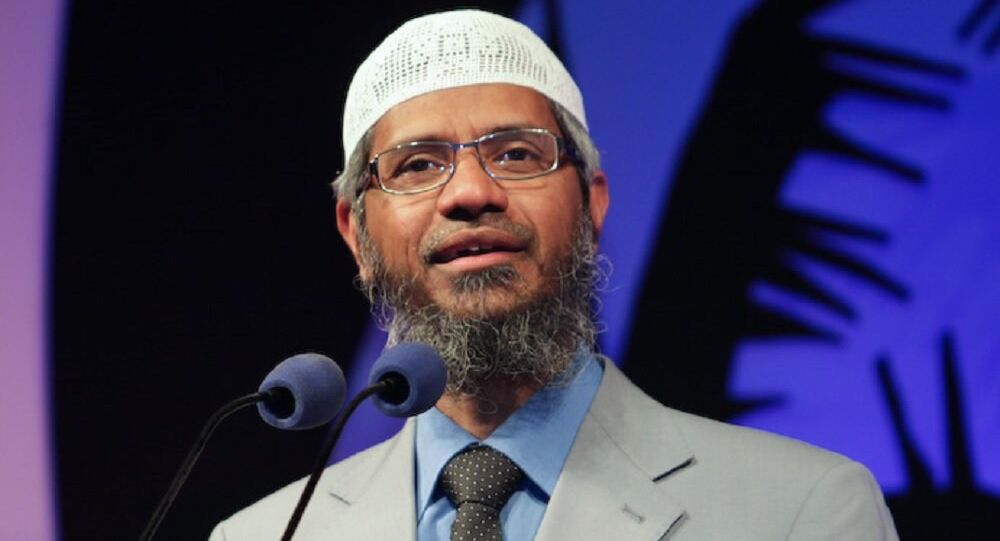 The hate preacher was banned from entering the UK almost a decade ago after he said “all Muslims should be terrorists” and praised former Al-Qaeda* leader Osama bin Laden.

Zakir Naik, an Indian Muslim preacher, has continued to reach millions of Brits via his personal TV channel despite being banned from entering the country in 2010 by then-Home Secretary Theresa May.

UK media regulator Ofcom has been urged to “immediately revoke” the station’s broadcast license, which has breached broadcasting rules on the dissemination and promotion of extremist material on several occasions.

© CC0
Burqa 'Hideous Ninja-Like Garment' Not 'Integral to Islam' Poses Security Risk - UK Imam
Ofcom has already conducted six “detailed investigations” into Peace TV, and the station’s Urdu-language channel was fined £65,000 in 2016 for airing a segment in which an Islamic scholar described Jews as “a cursed race” with an “evil plan.”

Based in Dubai, the channel was founded in 2006 and claims to have had a global audience of 200 million at one point, though its reach has been hampered by bans in a number of countries.