The German Chancellor recognised there were remaining disagreements on details of Britain's departure from the European Union but said she was hoping for a resolution by November 25.

Spain has threatened to vote down the proposed deal, objecting to the wording of the Article 184, which says the EU and the UK will seek to "negotiate rapidly the agreements governing their future relationship" between 29 March 2019 and December 2020.

According to the Spanish government, the statement is not clear on whether it covers the status of Gibraltar, a British overseas territory that's long been the bone of contention between London and Madrid. 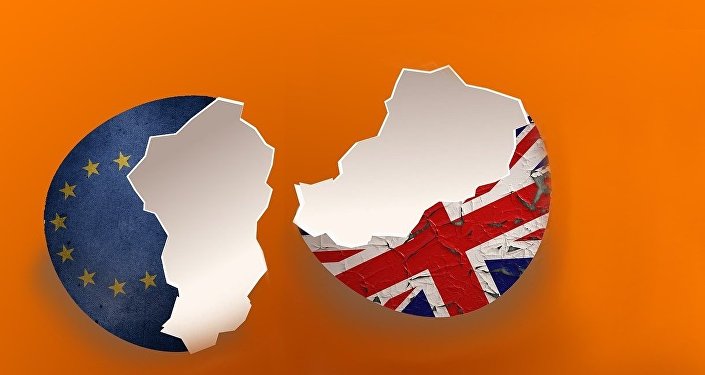 © CC0
'Clear Sign of Weakness': Spain Warns UK Will 'Split Apart' Due to Brexit
Angela Merkel, a supporter of the exit agreement, commented on the issue:

"Germany will back an agreement on Sunday on Britain's withdrawal from the European Union, and hopes Spain's objection to wording over the disputed British territory of Gibraltar can be resolved by then."

Speaking during a budget debate on November 21, Merkel told German lawmakers her government realised the difficulty of the discussions in Britain but vouched "Germany that we will agree to this exit agreement."

The Chancellor also said Germany would like to uphold a good relationship with Britain in the future. She recognized that one of the most contentious parts of the Brexit deal — the Irish backstop proposal — presented a situation that was "very, very difficult to solve."

"I think rightly, we have placed value on Britain not being able to decide unilaterally when it ends the customs union, but rather that Britain together with the EU defines this date and afterwards the future relationship comes into effect," Merkel argued.

While Britain continues to face opposition from Spain — on Gibraltar, it also has to deal with the Northern Irish unionists, their coalition partners, — on the issue of weakened British sovereignty in their province.

Our press release on the matters raised this morning in Brussels in respect of the Withdrawal Agreement. pic.twitter.com/MywdmT12xZ

Analysis of Withdrawal Agreement reinforces opposition to it pic.twitter.com/eARoPGTyrx

If the EU leaders finalise and formalise the Brexit withdrawal agreement on Sunday, it will merely be a stepping stone towards a tough hurdle the PM Theresa May will face in her own parliament, where she faces opposition from hard Brexiteers, Labour MPs and the Democratic Unionist Party MPs.