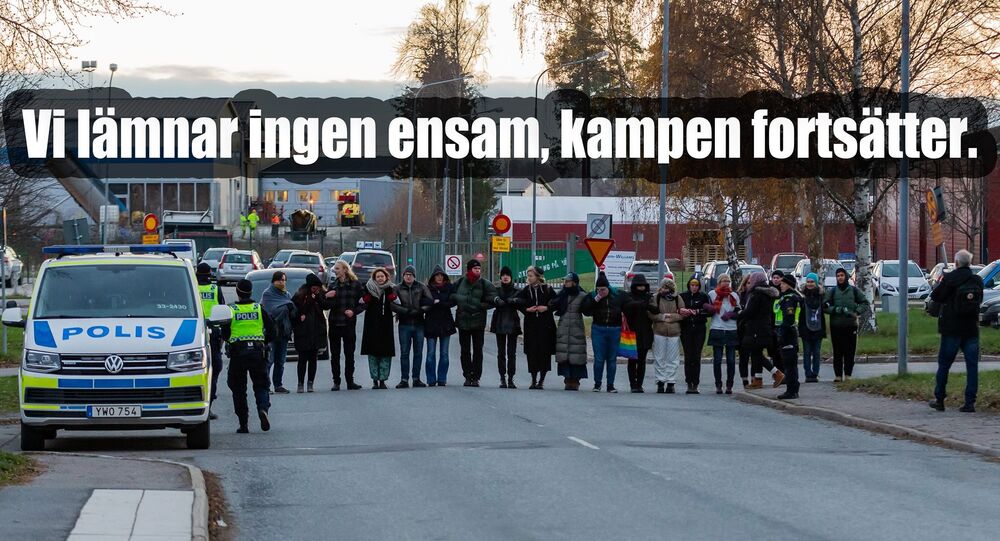 About a hundred people gathered outside the Migration Board's premises in Märsta, north of Stockholm, in an attempt to block the expulsion of some two dozen rejected Afghan asylum seekers to Kabul, the newspaper Dagens Nyheter reported.

Border police officer Patrik Engström said that with 25 people expelled on a single occasion, this was the largest deportation in recent years.

While 23 of the cases were referred to by the Migration Board, two were crime-related. According to Engström, the deportees were exclusively men aged 18 and over.

"The reason why there are so many is that we have handled many cases lately and have had a lot of people sitting in custody for a long time," Engström told Dagens Nyheter.

Engström partly attributed this to previous regulations, which granted temporary immunity from expulsion to applicants for high school studies.

"From the police side, I believe it's important to emphasise that our mission is to enforce government decisions while ensuring that people who want to hear opinions against such decisions can do so. That's what we did yesterday," Engström said.

READ MORE: Sweden to Charge Student Over Plane Protest Against Deportation of Afghan

Police spokeswoman Anna Westberg said the transfer from Märsta to Arlanda Airport took place "relatively calmly," although a small number of the roughly 100 protesters were escorted from the scene after trying to form a ring and prevent the bus from leaving the detention centre.

"It feels terrible. I really thought that the deportation would be cancelled, because it's so remarkable to deport people to Afghanistan, especially in the current situation," Elin Morén of the pro-refugee organisation Ung i Sverige ("Young in Sweden") said, as quoted by the newspaper Göteborgs-Posten.

In a video posted by Ung i Sverige on Facebook, the protesters are heard chanting "No person is illegal" before clashes with police ensue.

Ung i Sverige is a lobbyist organisation whose goal is to stop deportations to Afghanistan due to dangerous conditions in the war-torn country. Its motto is "We're leaving nobody alone, the fight goes on."

This year, to date, 142 Afghans have been expelled to their home country from Sweden with police assistance. This compares to only 69 during the entirety of last year. Another 252 Afghans chose to travel back to Afghanistan willingly, while yet another 1,950 left Sweden to pursue asylum in other EU countries.

Meanwhile, activists have been campaigning against the continued deportations of Afghan asylum seekers for over a year, including previous protests at the country's airports. In one instance that gained international attention, a Swedish woman live-streamed her protest until the deportee was removed.