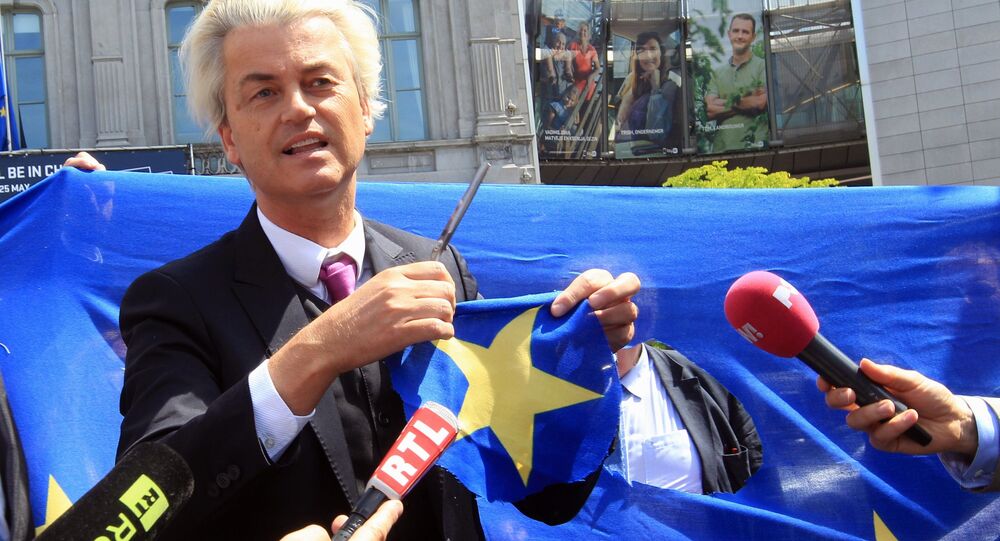 Support for Populists in Europe Tripled in Past 20 Years – Report

MOSCOW (Sputnik) - Populist parties have been moving from the fringes to mainstream politics in Europe, tripling their support in elections over the past two decades, a study out Tuesday has shown.

An analysis by the Guardian newspaper of voting results in 31 European countries has concluded that populists have increased their share from 7 percent in 1998 to a fourth of ballots cast this year.

The research, aided by over 30 political scientists, identifies populism as a political strategy that opposes masses to an often corrupt elite and wants the general will of the people to triumph.

© AP Photo / Michael Kappeler/dpa
EU Braces for Economic Turmoil as German GDP Contracts in Q3
Populist parties from across the political spectrum have been making gains on the continent, with the far-right emerging as the main winners, the study has found.

The trend became apparent in Eastern Europe and gradually spread westward in the past three years, putting populist leaders at the helm of governments in 11 countries.

The study comes months before the next elections to the European Parliament in May 2019. The previous vote in 2014 saw nationalist and Eurosceptic parties gain ground in the 751-seat legislature.