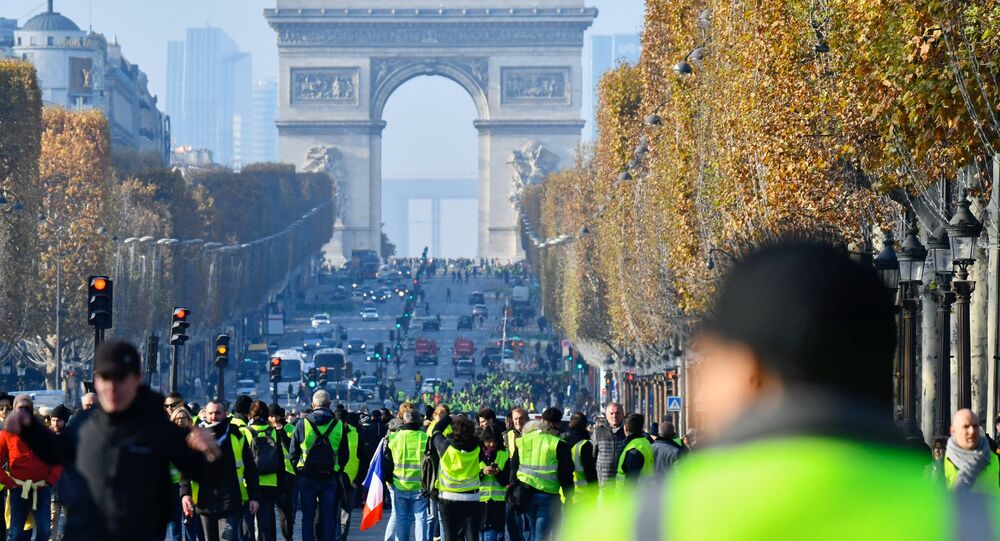 MOSCOW (Sputnik) - Four individuals have been indicted and placed in pre-trial detention in France's east-central city of Saint-Etienne on suspicion of plotting a terror attack during the 17 November protests against fuel price hikes, Le Parisien newspaper reported, citing sources.

The men, including two brothers aged 23 and 35, were arrested by the French counterterrorism police (SDAT) on November 13. Five days later, they were indicted and placed in pre-trial detention for creating a terrorist cell and plotting an attack, according to Le Parisien newspaper.

One of the suspects is said to have sent a text message to his fiancee saying that "blood will spill on 17 November," the newspaper reported.

Meanwhile, French Interior Minister Christophe Castaner has condemned once peaceful protests over fuel price hikes, saying that more than 500 people had been injured in France during the protests.

"Today we can see total drifting away from a manifestation that was essentially friendly and good-natured on Saturday. We see radicalization together with claims that are no longer coherent," Castaner told French TV channel France 2.

The day earlier, protesters even blocked three fuel depots, according to a Total company's spokesman.

The price of diesel in France has risen by around 23 per cent this year, while the gasoline price has gone up by 15 per cent. Prices are set to increase further in January.