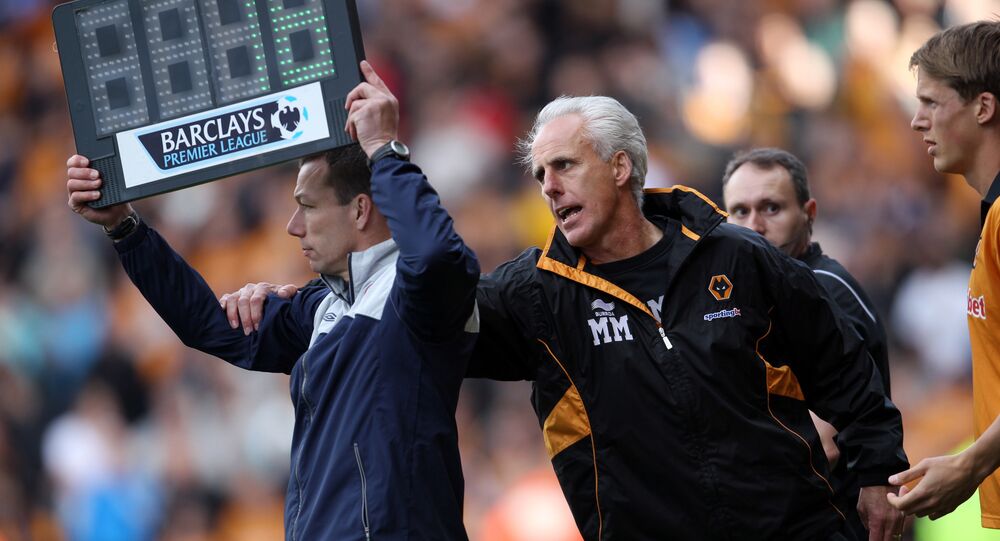 Time for a Substitution? Footballers Call for World's Richest Union Leader to Go

More than 300 UK footballers have signed an open letter calling for Gordon Taylor, the chief executive of the Professional Footballers' Association, to go. It was an attempt to gain access to Taylor's mobile phone which started the phone-hacking scandal which led to the closure of the News of the World newspaper.

Taylor — who earns £2.29m a year — is the richest trade union leader in the world.

Many in the world of football think that, like Sepp Blatter — who was finally forced out as head of FIFA in 2015, when he was 79 — he has to go.

On TalkSport radio on Monday, November 19, footballer turned Hollywood film star Vinnie Jones said Taylor was a "dinosaur" and it was time for him to go.

"We're in modern times now and he is a dinosaur… he has got to go!"

🗣️ Vinnie Jones didn't hold back when @SportsBreakfast asked him about The PFA's Gordon Taylor!

Do you agree with Vinnie? 🤔 pic.twitter.com/S2RUIAXZoi

​The open letter has been signed by hundreds of footballers and former players, including ex-Premier League stars Chris Sutton, Robbie Savage and Ian Wright.

Taylor Has Run PFA Since Before Premier League Formed

A former winger with Bolton Wanderers and Birmingham City back in the 1960s, Taylor is now 73 years old and has been in charge of the PFA for 37 years.

The Times claimed sources within the PFA have questioned whether Taylor has stood for election in the last 10 years, as he is apparently supposed to under the union's rules.

I have a duty to act in the best interests of the PFA. Sometimes you have to make a stand for what is right. Football is rapidly evolving, players are rapidly evolving and the PFA needs to evolve too. Players past, present and future need a PFA for the modern player.

​On Friday, November 16, the chairman of the PFA, Ben Purkiss, called for an independent review into the functioning of the players' union, which was seen as the start of a challenge to Taylor's rule.

Purkiss, a 34-year-old defender who plays for Walsall in the third tier of English football, was elected chairman in November last year and is pushing for the union to modernise.

Thrilled, proud and honoured to be elected to Chair the Professional Footballers’ Association.

Looking forward to leading a fantastic Management Committee with the goal of ensuring that the PFA continues to evolve to serve the changing needs of all PFA members at every level. pic.twitter.com/RpX3MAnFRW

​"I have a duty to act in the best interests of the PFA. Sometimes you have to make a stand for what is right. Football is rapidly evolving, players are rapidly evolving and the PFA needs to evolve too. Players past, present and future need a PFA for the modern player," said Purkiss.

Taylor, who retired in 1980, has been accused of not doing enough to investigate links between dementia and football injuries, especially head injuries.

Among those who criticised him over the weekend was Dawn Astle, whose father Jeff Astle, a former West Bromwich Albion and England player, died of a degenerative brain disease in 2002.

The Jeff Astle Foundation said there had been a "scandalous" failure to research whether repeated heading of heavy leather balls was linked to brain injuries and dementia in later life.

Jeff Astle Foundation renew call for Gordon Taylor to stand down and urging PFA modernisation: https://t.co/gardxet8ra
Here's interview with them first calling for him to go in March 2017: https://t.co/7SyJYZrfQW

​Purkiss has called for the PFA to play a greater role in helping players with mental health issues, an area in which the union under Taylor has been accused of failing.

Since the suicide of former Leeds and Wales star Gary Speed in 2011, a number of footballers have reported issues with depression, most recently former Manchester United star Michael Carrick.

The Daily Mail claimed Taylor has reacted angrily to the challenge by Purkiss and has questioned his eligibility as chairman.

Taylor has written to the 92 PFA club delegates this week to adjourn the union's Annual General Meeting.

"There is a current issue which we are dealing with regarding the position of Ben Purkiss and his eligibility to remain as chairman and we have taken the decision to adjourn this meeting (AGM)," Taylor said in the letter.

At last!!… this alongside #themail and #thetimes may just bring accountability to this; outmoded,outdated and outlandish organisation #thepfa operating as personal fiefdom but football has a brass neck and #Gordontaylor has the brassest of necks so don’t hold yr breath https://t.co/XZRhFOfCfb

​It is thought Taylor feared the AGM would be used to oust him.

In 2008 Taylor agreed a deal with the News of the World whereby he was paid £700,000 in "hush money" and in return agreed to keep quiet about the paper's phone-hacking campaign.

Taylor had sued the paper after learning they had hacked his mobile phone voicemail messages.

During the litigation he discovered through the notorious "for Neville" email, that he was not a lone victim but phone hacking was widespread at the paper.

Football: Can Claudio Ranieri Work His Magic at Fulham?