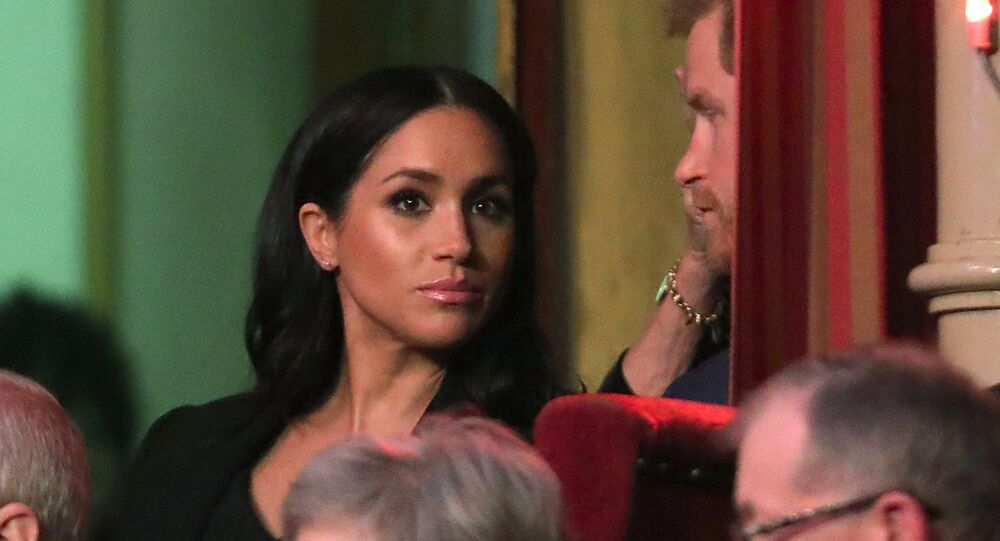 Buckingham palace is reportedly about to turn to a specially employed team of financiers for consultations over financial tensions fuelled by the strict American revenue agency, the IRS with regard to the newly-minted Duchess of Sussex, who is still an American citizen.

The Royal Family faces a tax ‘nightmare,’ for the next five years until Meghan ultimately ditches her American citizenship and becomes a full-fledged British subject, every penny she spends or earns, and every gift she is presented with will fall under the watchful eyes of the United States’ demanding Internal Revenue Services, according to a fresh report by The Sunday Express.

The scrutiny is notably extended to anyone she receives money or other support from, one way or another, including her husband Harry and the rest of the Royal Family, with the tax complications feared to cripple the royal finances in the UK and virtually render null her own estimated $5 million US fortune.

"We're looking at a level of financial exposure the Royal Family has never had to face before. It's the royal household's worst nightmare," the edition cited an aide as saying.

According to US regulations, citizens are liable to pay taxes not only on something they personally own, but anything that is made ‘available’ to them at the hands of other people, with the latter’s income and possessions also having to be declared. To sort things out, the royals are reportedly set to hire a team of US financial consultants.

Firstly, Meghan is obliged to give the US taxman the full details of her finances if she and her husband have joint assets, bank accounts or offshore trusts worth over £143,100. Separately, the IRS may demand access to even the Queen’s accounts, as she allows the couple to live rent-free in the grace-and-favour Nottingham Cottage, on the grounds of Kensington Palace.

Strict regulations on taxing benefits also presuppose that jewellery items, including Meghan’s priceless engagement ring, designer outfits and even cars on lease may be scrutinised in kind. In the event of non-disclosure, half the asset value may be claimed as a penalty.

"The US income tax system is citizenship-based, so as an American it doesn't matter where in the world you live and work — your tax affairs are always Uncle Sam's business,” US tax specialist Alistair Bambridge, of Bambridge Accountants, told DailyMail.com in February, adding that Meghan like any other US citizen has to declare her income and possessions annually.

Per a former aide quoted by the Express, US tax procedures are very different from that of her Majesty’s Revenue and Customs, which has long established a good, time-tested contact with the Royal Family:

"Everything has to be declared. That means a level of fiscal openness and scrutiny the Royal Family are not used to. There is a very comfortable relationship between the Palace and the HMRC where the Royal Family volunteers to pay some tax and the taxman is very grateful," the former aide detailed.

Meanwhile, father-to-be Harry, who married American actress Meghan Markle in May, has been voted Britain's most modern man, having outrun former England captain David Beckham and actor Idris Elba, who many have expressed a wish to see in the role of the next James Bond.