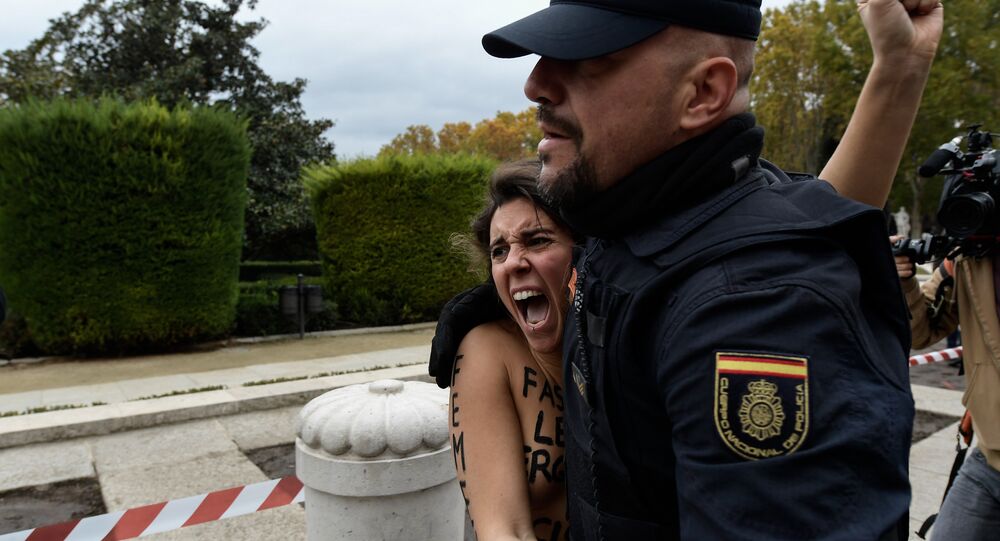 Around 200 people have taken to the streets of Madrid to celebrate the anniversary of Spanish dictator Francisco Franco's death. Franco ruled over Spain from 1939 until his death in 1975.

Two Femen group activists have disrupted a march at the Plaza de Oriente in Madrid, with the words 'legal fascism' and 'national shame' written on their bodies.

The people that gathered to commemorate Franco's anniversary chanted "Spain defends itself", "National unity" and "Franco, Franco, Franco". Their demonstration is related to the Spanish government's threats about exhuming Franco's body and relocating him from the "Valley of the Fallen" mausoleum to a less prominent place.

Femen is a radical feminist group that was founded in Ukraine in 2008 and is now based in Paris. The group has become infamous for its activists protesting topless against a wide range of issues, including gender, religion, homophobia and sexism, as well as on international topics.