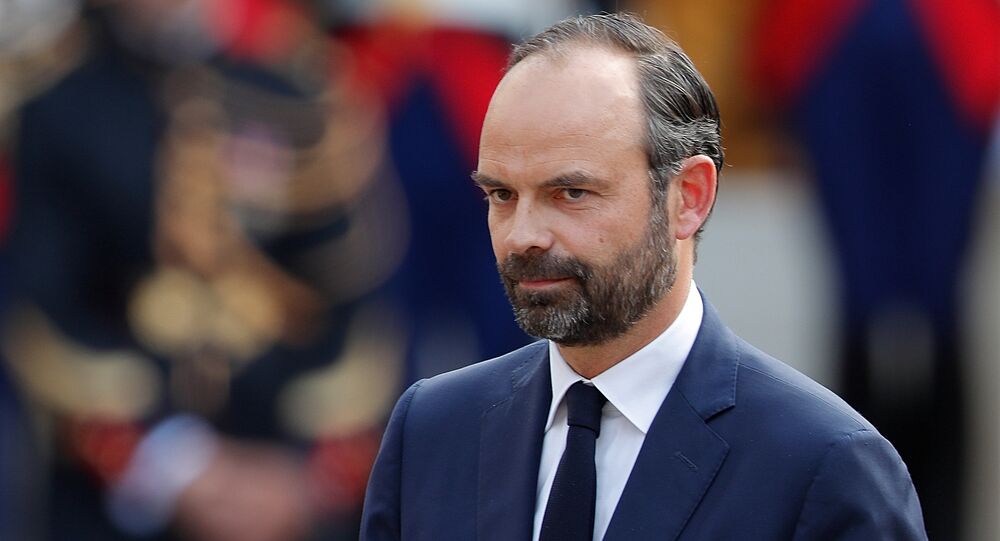 PARIS November 19 (Sputnik) - The French government will not reverse its decision to raise the tax on diesel and carbon fuels, despite massive protests across the country last weekend, French Prime Minister Edouard Philippe said.

On Sunday, French Interior Minister Cristophe Castaner said that over 400 people have suffered injuries in France in the protests against fuel prices hikes. The rioters, wearing high-visibility yellow vests, were blocking traffic. One woman was knocked down and killed in the southeastern Isere department during the demonstration, according to media reports.

“The carbon tax will be kept in place. We will stick to the line that we have set, ” Philippe told the France 2 broadcaster.

© Sputnik / Julien Mattia
Over 400 People Injured in France in Protests Against Fuel Prices Rise (PHOTO, VIDEO)
The government understands that the citizens are tired of growing tax burden, the prime minister added, pledging that it will be reduced by the end of French President Emmanuel Macron’s term.

“The 'yellow vests' movement has spoken out very clearly …… But I also say that the government, which is constantly changing direction, wriggles in front of difficulties, would do what too many governments have done in the past, and this would not lead France to where it should be” Philippe noted.

In late 2017, the French government approved the decision to raise direct tax on diesel fuel, which is the most popular type of fuel in the country. Since then diesel prices in France have grown up over 40 percent.