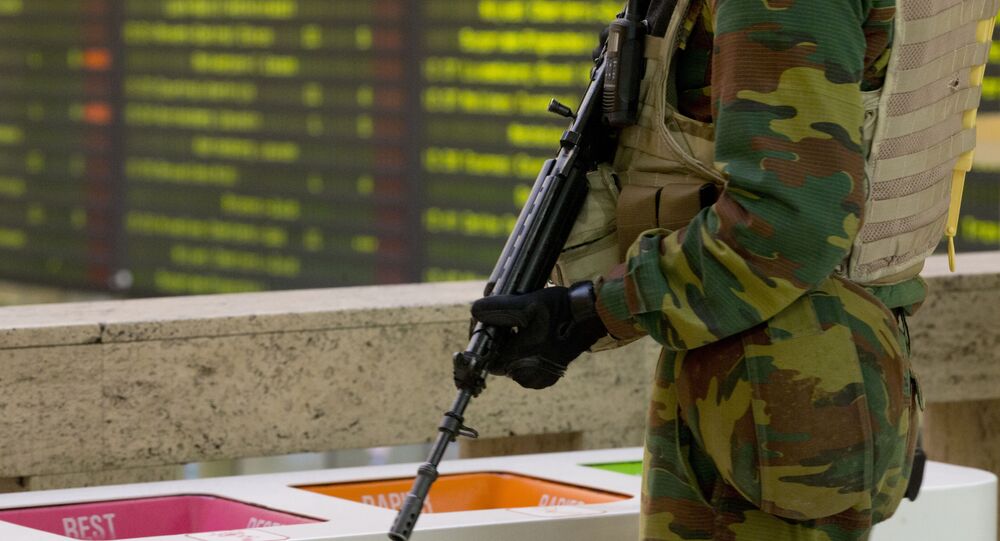 Since 1975, Belgian women have been serving in the army in peacetime – previously, they could only serve during mobilisation.

43 years after women were allowed to join the Belgian army in peacetime, the proportion of female soldiers is still very small, but the Belgian Defence Ministry plans to create an all-female Special Forces unit by the end of 2019 or early 2020, the RTBF radio broadcaster reported, citing the ministry.

According to the ministry’s data, obtained by the RTBF, women account for only 7.8 percent of about 27,000 active personnel in the Belgian army, with the majority of them serving in the ground (863 members) and air forces (601 members).

© AFP 2020 / Noorullah Shirzada
Belgium to Boost Troops Number in Afghanistan by Over 2.5 Times in 2019 - Reports
At the same time, the broadcaster suggested that a larger proportion of women had been promoted to officer ranks, with female soldiers accounting for 13.9 percent of all officers in the nation’s army. For instance, Major-General Lutgart Claes, one of the first women in the nation’s army became the head of the Royal Military Academy in May 2017.

It was only in 1975 that Belgian women were allowed to join the army in peacetime. In 1992, the country decided to suspend mandatory conscription, eventually switching to an army of professional volunteers.