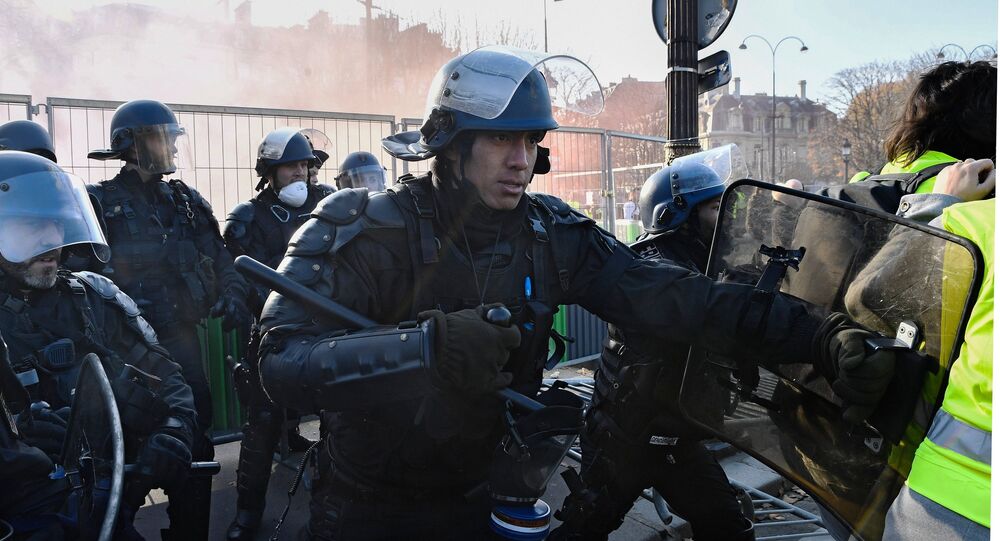 "During the protests, 409 people were injured, while 14 of them suffered grave injuries," Castaner was broadcast as saying by French radio station RTL.

He specified that 28 police officers, gendarmes and firefighting units officers had suffered injuries.

Castaner assessed the number of protesters at over 287,000 people, saying that protests had been held in over 2,000 French cities and villages.

According to the interior minister, 282 people were detained in the course of the protests, while 157 of them were placed in custody.

Large-scale protests were held across the country on November 17, leaving one woman dead in the eastern French Isere department. The rioters, wearing high-visibility yellow waistcoats, were blocking traffic.

In the end #BrExit is no more than a Tempest in a teapot as Massive Macron protest marches through Paris pic.twitter.com/aorPnA0i1T

One Dead, 47 Injured in France Amid Protests Against Fuel Prices - Reports