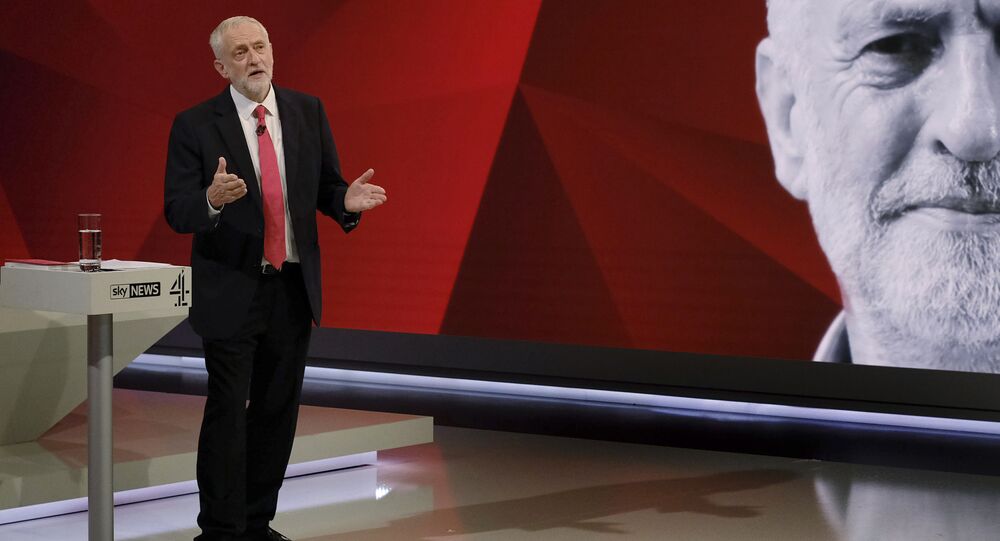 The leader of the Labour Party said that the cabinet would have to renegotiate the deal if it's rejected by parliament, noting that its current conditions are unacceptable.

He said that the majority of the Parliament would likely support the customs arrangements with the European Union, adding that his party would vote against the Brexit deal negotiated by Theresa May's government.

READ MORE: Parliament Take UK ‘Back to Square One' if Rejects Brexit Deal, May Says

© AP Photo / Matt Dunham
'Painful Process': British PM May Seeks Tory Support Amid Dwindling Opposition to Brexit Deal
Addressing the agreement, UK Prime Minister Theresa May said on Friday that the government would finalise the divorce deal with the European Union on November 25 and would then submit it for approval in parliament. However, there is considerable opposition to the agreement among Labour and Tory MPs.

The United Kingdom voted to leave the European Union in a referendum in June 2016 and is slated to do so by late March 2019 despite a number of issues that have impeded talks, specifically, the Irish border and post-Brexit economic relations between the UK and EU countries.