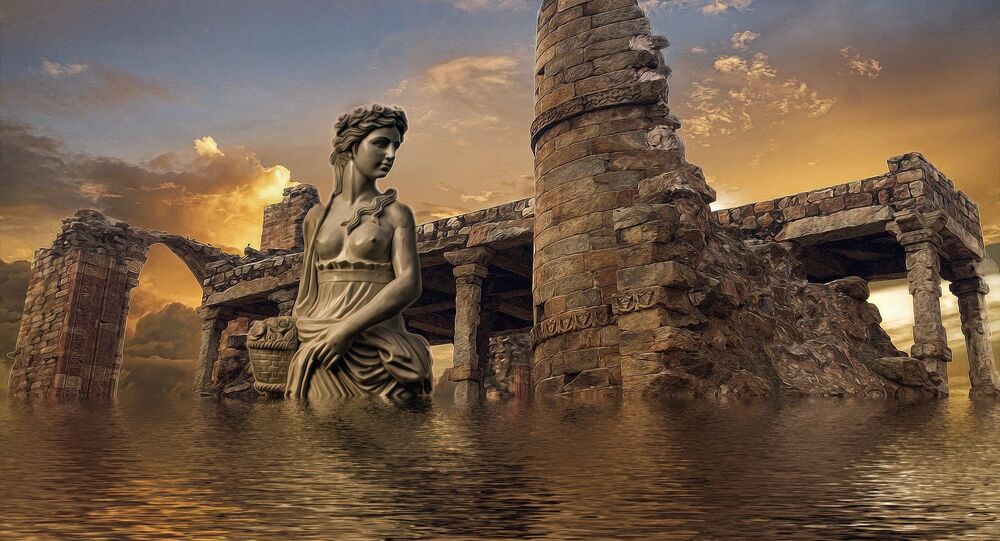 The scientists claim that the material recovered from the site of their discovery shows evidence of a previously unseen type of cement, as well as ancient advanced metallurgy leading them to believe that the ruins belong not to ancient Greeks or Romans but to a much older advanced civilization.

Researchers at the private satellite imaging firm Merlin Burrows have announced that they've managed to discover the ruins of the fabled lost city of Atlantis in southern Spain.

© REUTERS / Alexandre Meneghini/File Photo
WATCH Google Earth Used to Find "Atlantis" Below Antarctic Ice
The researchers’ findings reportedly suggest that the ruins, located north of the city of Cadiz, belong neither to the Roman nor Greek empire but to a much older and more advanced civilization.

Tim Akers, maritime historian and head of research at Merlin Burrows, said that the material recovered from Spain shows evidence of "a type of cement not seen before, as well as ancient advanced metallurgy", according to The Daily Mail.

"We have filmed clear evidence and have collected samples which have been scientifically tested in a lab in Modena, Italy, which is used to test ancient Roman finds. The results of the tests prove the age of the finds is older than Roman or Greek (influence in Spain), and that they were more advanced," the historian said.

He also revealed that the site "is spread over 100 miles from the Atlantic to the Mediterranean", with a "gigantic inland sea 65 miles long" filled with both natural and manmade islands lying "at the centre of the line of coastal cities."

"The main complex consists of two distinct individual multi-Island platforms. And one is offset from the other so that anyone on those islands can see every island in the complex. It is unique, nowhere in our world is there anything resembling this, and the structures match exactly Plato's dimensions with no deviation. It is absolutely spot on", Akers stated.

In September, a British historian named Matt Sibson also claimed that he managed to deduce the location of the mythical lost city, which, according to him, could’ve been located on Frisland – a phantom island which appeared on virtually all of the maps of the North Atlantic from the 1560s through the 1660s, and was regarded as an error.

Earlier, YouTube blogger Jimmy Bright insisted that the Richat Structure, a geologic dome in the northwest Sahara also referred to as the Eye of the Sahara, is the most likely location of Atlantis.