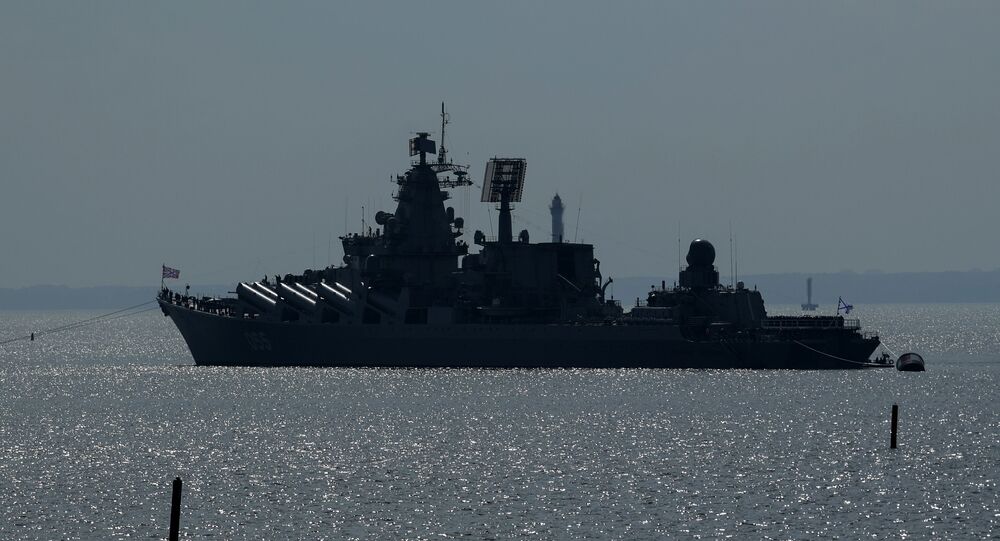 A Knife in NATO's Back or Common Sense? Russian Warships Return to Spain's Ceuta

Three Russian naval vessels have refuelled in Ceuta, a Spanish port town in northeast Africa, after a long hiatus, raising the eyebrows of Spain's Western allies. In 2016, Russia rescinded its request to dock ships in Ceuta after NATO allies voiced concerns that its ships were used to target civilians in Syria, which Russia denied.

"A knife in the back for the NATO alliance", said Nile Gardiner, a British political commentator and former aide to Margaret Thatcher, commenting on Spain's decision to allow three Russian warships — guided-missile cruiser Marshal Ustinov, tanker Dubna and tug SB-406 — re-fuel and re-supply in Ceuta.

His comment echoed that of Luke Coffey, a US political adviser, who called Madrid's move "the height of irresponsibility", given the chilly relations between Russia and Western nations.

This is conduct unbecoming of a NATO member.

These outbursts are a foil to the more cold-minded narrative of Spanish media. To name a few, El País, one of the major Spanish newspapers, came up with a neutral headline: "The Russian fleet returns to Ceuta three years after." The Navy are said to have travelled to Ceuta "just three days" after the visit of Russian Foreign Minister Sergey Lavrov to Madrid.

According to official statistics, Russian warships docked in Ceuta 60 times between 2010 and 2016. They brought in over 10,000 servicemen, who generated some 4.5 million euros for the seaport.

This shouldn't come as a surprise that Ceuta's port authorities have welcomed the Russian fleet, pointing out that such visits are "fruitful for the town's commercial establishments."

Local media have mirrored their enthusiasm. News outlet El Pueblo de Ceuta suggested that the arrival of the Russian flotilla would give an 'important impetus' to the town's economic sector, while local businesses were awaiting it ‘with open arms'.

Another digital daily, El Faro de Ceuta, gave a vivacious description of a reception ceremony for the Russian warships, which was preceded by 'unexpected' cannon shots.

Santiago Velo de Antelo, the head of Spanish Academy of Diplomacy, told Sputnik that the arrival of Russian Navy in Ceuta marks ‘the return to a normal situation that was disrupted in 2016.'

He said that the backlash of Spain's Western allies, primarily Britain, was fueled by the fear of losing control over the Strait of Gibraltar — 'probably, the world's most important'  strait.

For his part, Spanish lawyer and economist Guillermo Rockafort called London's stance 'hypocritical', given that Britain, the country that has ‘usurped' Gibraltar, does not consult with anyone when using the enclave to repair ‘damaged nuclear submarines,' as it was the case in 2005.

"Spain has sent a clear message to the United Kingdom, the United States and to the whole world that it is a sovereign nation that takes decisions meeting its own interests."

"It bothers them that Madrid has adopted a neutral and even friendly position towards such an important country as Russia," he said.

There is a growing number of pundits in Spain calling for cooperation with Russia, Rocafort contended, drawing the example of Colonel Pedro Baños, who was tipped in June by Spanish media as the new head of Spain's intelligence office (although Prime Minister Pedro Sanchez later ruled out his appointment).

"Russia and Spain are the western and eastern borders of Europe. We have something to offer each other from the economic, humanitarian and military standpoint. What makes no sense is refusing to cooperate under pressure from other states," he added.