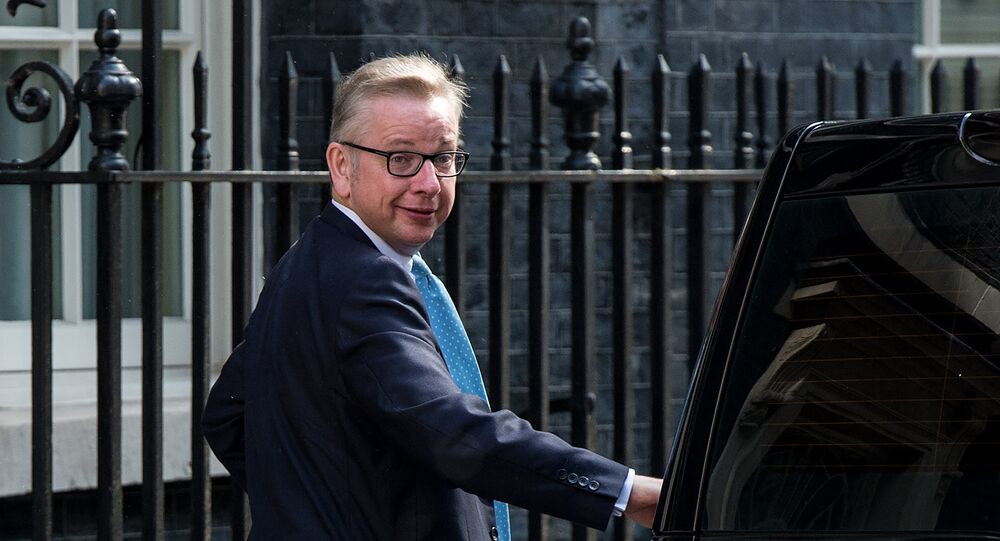 "Michael is staying at Defra (the Department for Environment, Food and Rural Affairs)," a source close to Gove said. "He thinks it is important to continue working with Cabinet colleagues to ensure the best outcome for the country."

"I think it's absolutely vital that we focus on getting the right deal in the future, and making sure that in the areas that matter so much to the British people, we can get a good outcome," Michael Gove told reporters.

On Friday, UK Prime Minister Theresa May confirmed that Britain would leave the European Union in line with the schedule.

© REUTERS / Stefan Wermuth
UK Cabinet Suffers First Resignation Following Approval of Brexit Deal
On November 14, May has secured a cabinet support for her Brexit deal and the agreement would be submitted to the parliament for review. If the UK Parliament agrees with the provisions of the document and approves it, the final vote on Brexit will take place in December.

Earlier, following more than a year of tough talks on Brexit conditions, London and Brussels have finally produced a draft agreement on the conditions of the British divorce from the bloc.