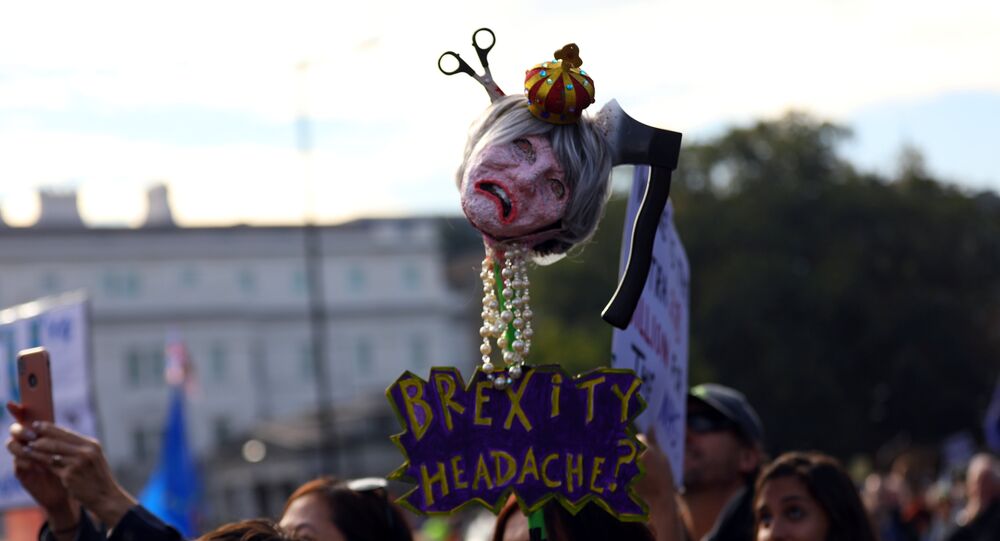 Theresa May's controversial draft Brexit deal has sown discord in the Conservative Party and rocked the cabinet. Although the government has agreed to the deal this week, several ministers resigned in a show of protest, describing the plan as a "capitulation" to Brussels.

Fourty-eight conservative lawmakers have sent letters saying that they no longer support Theresa May, the editor of BrexitCentral reported on Friday, citing a source familiar with the matter.

This poses a threat of challenge to Theresa May's party leadership as 48 letters make up 15 percent of the parliamentary party — a threshold required to trigger a motion of no confidence in the besieged Prime Minister.

May's draft Brexit deal with the European Union won support of senior ministers this week and is to be finalised and submitted to Parliament. However, six government ministers, including Brexit Secretary Dominic Raab, resigned from their posts. Dominic Raab argued that the proposed regulatory regime for Northern Ireland would "pose a very real threat" to the UK's integrity.

This directly contradicts May's standpoint: the Prime Minister noted on Friday that her proposal "maintains the integrity" of the UK. London and Brussels have agreed to a "backstop" solution, which would see Northern Ireland leave the EU single market and customs union together with the rest of the UK, but stay aligned to some EU trade rules if another solution cannot be found by the end of the transition period in December 2020.