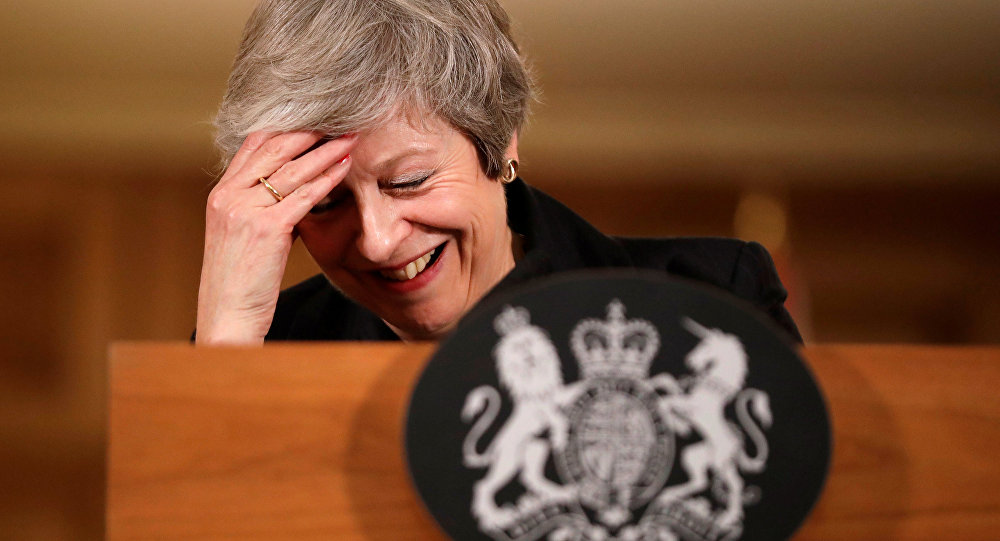 On Thursday, UK Prime Minister Theresa May announced that the government had approved a draft Brexit agreement with the EU, something that prompted a whole array of cabinet officials to step down, including Brexit Minister Dominic Raab.

British Prime Minister Theresa May has made it clear that she would stay on in her capacity  as she reportedly braces for more resignations among her cabinet ministers, many of whom are unhappy with the draft Brexit deal.

"The course I have set out is the right one for our country," May told reporters, admitting that the Brexit draft agreement negotiated with the EU prompted "difficult and sometimes uncomfortable decisions".

Referring to those who are unhappy with "those compromises", May described the deal as a document that "delivers what people voted for."

"We can only secure it, if we unite behind the agreement reached in cabinet yesterday. If we do not move forward with that agreement, nobody can know for sure the consequences that will follow," she pointed out.

May also warned that sticking to deal will be "a path of deep and grave uncertainty" and that ordinary Britons "are looking to the Conservative Party to deliver."

When asked whether she will step down if she survives a no-confidence vote by a single vote, she said that "leadership is about taking the right decisions, not the easy ones."

"I believe this is a deal which does deliver that, which is in the national interest and am I going to see this through? Yes," May emphasized, pledging to focus on bringing back a deal that "delivers on the vote of the British people".

Her remarks came shortly after UK Environment Secretary Michael Gove rejected May's offer to become the new Brexit secretary, as she took steps to replace Dominic Raab. The MP, who resigned on Thursday in a show of protest against the draft Brexit deal, had only held the position since July.

In his resignation letter, Raab claimed that he "cannot in good conscience support the terms proposed for our deal with the EU."

Among other politicians who left their posts in light of the Brexit proposal was Northern Ireland Minister Shailesh Vara, Work and Pensions Minister Esther McVey, the Vice Chairman of the British Conservative Party Raymond Chishti and Junior Brexit Minister Suella Braverman.

The Independent, meanwhile, reported that Gove is also considering tendering his resignation, which the newspaper suggested may prod other cabinet ministers to follow suit.

The developments come after May announced that the Cabinet had approved a draft Brexit agreement with the EU after five hours of talks and that the draft deal would be submitted to the parliament for review.