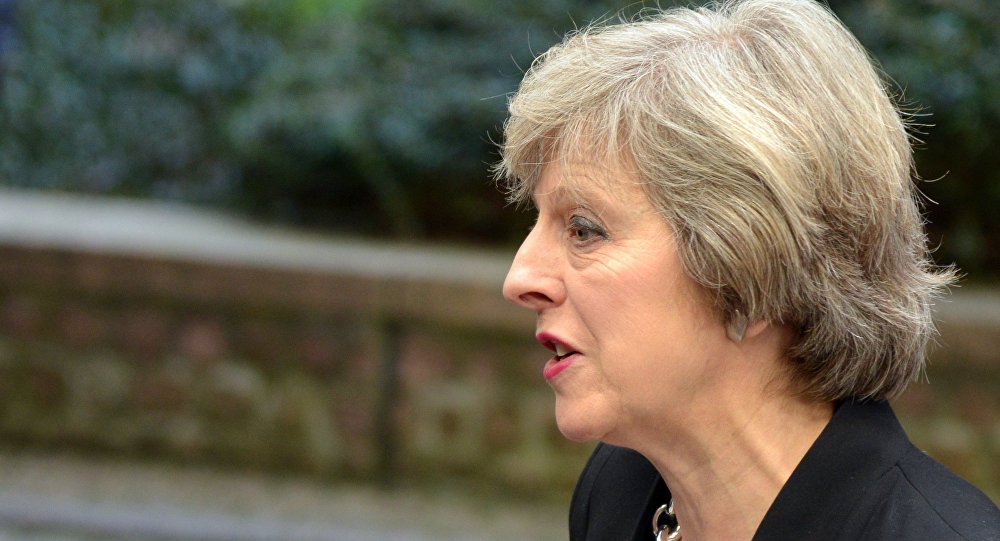 UK Prime Minister Theresa May has secured a cabinet support for her Brexit deal and the agreement would be submitted to the parliament for review.

Prime Minister Theresa May said that UK Cabinet approved draft Brexit agreement with the EU after 5-hour talks and that it would be submitted to the parliament for review.

© REUTERS / Parbul TV
LIVE UPDATES: UK PM May Holding Special Cabinet Meeting to Discuss Brexit Deal (VIDEO)
"The collective decision of cabinet was that the government should agree the draft withdrawal agreement and the outline political declaration," May said outside her Downing Street residence. May added that this was "…a decision in the best interests of the entire United Kingdom."

On Tuesday the United Kingdom and the European Union had agreed on the document — negotiators in Brussels reached a compromise on a "technical level" regarding the terms of the draft of a Brexit withdrawal agreement. UK Cabinet stated then that the ministers were to meet on Wednesday to discuss a draft text of the agreement.

The draft paper approved by the Cabinet represents the UK government's framework for the following areas of the country's relationship with the EU: meeting financial commitments accompanying the divorce, post-Brexit rights of EU citizens and UK citizens in the EU and prevention of a hard border between Ireland and Northern Ireland.

The EU Commission is expected later to publish the details of the 500-page draft withdrawal agreement as well as the much shorter declaration on future economic and security relations.

© REUTERS / Yves Herman
EU Will Retain All Controls - Reported Leak From Brussels on Theresa May's Brexit Deal
Critics condemned May's decision to make a statement following the Cabinet meeting instead and before addressing the parliament with the details of the Brexit negotiations progress.

Finally, the agreement has to be approved by British policymakers, who may be presented with the opportunity during a December 2018 session.

In 2016, the United Kingdom voted to leave the European Union and is expected to do so by late March 2019, while there are still certain stumbling blocks that impede talks, namely, the Irish border and the post-Brexit UK-EU economic relations.