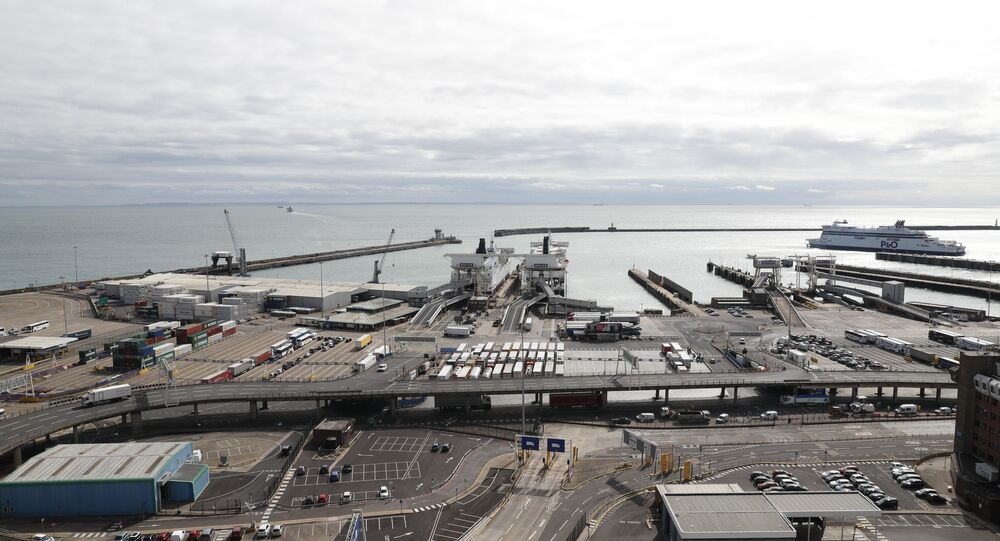 A group of suspected Iranian immigrants sailed into the Port of Dover in southwestern England at midnight Tuesday aboard a large fishing trawler they had stolen from a French port.

According to the BBC, French coastguards alerted border authorities after they spotted the boat taking a "bizarre" route across the English Channel. Dover Harbour authorities and British coastguards intercepted the 12-metre vessel as soon as the group reached the shore.

The fishing boat contained a group of 17 people, including three children, who presented themselves as Iranians, according to UK Home Office. They had stolen the trawler from the French port of Boulogne-sur-Mer in what French maritime authorities called an "unprecedented" operation, given that migrants usually stow away on trucks and ferries in Calais, hoping to reach Albion.

READ MORE: 'Deport Your A**': Rage as US NGO Caught Coaching Migrants to Lie at EU Border

"The Home Office will process their cases in accordance with the immigration rules and the three minors have been referred to social services," a UK Home Office spokesperson said, as quoted by the BBC.

MP for Dover and Deal Charlie Elphicke described the immigrants' endeavour as a "brazen attempt to break into Britain" that came as a display of a "growing problem."

This brazen attempt to break into Britain shows yet again the extreme lengths these desperate people will go to. This is a growing problem – and the Home Office must not turn a blind eye. https://t.co/IAGJlplT9s

This comes shortly after David Bolt, Independent Chief Inspector of Borders and Immigration, said in a report that there were 882 clandestine detections at UK ports in 2017-18 and 1,119 in 2016-17.

He attributed the decrease to the fact that French authorities dismantled the migrant camps that had established themselves in Calais and Dunkirk in October 2016, in addition to cooperation on boosting the security infrastructure at French ports.