A British man wanted under suspicion for theft has been caught in London, police reported Monday. The man’s visage went viral after citizens noted his remarkable similarity in appearance to actor David Schwimmer, who played Ross on the US sitcom “Friends.” 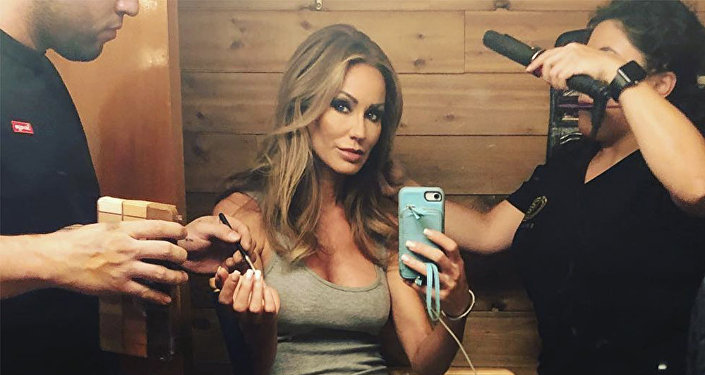 © Photo : Instagram/officialmelaniemarden
"Stripper FLOTUS" Melania Lookalike From Canada Fires Back at Bullies With Provocative VIDEO
On September 20, a man in the northern English city of Blackpool swiped a phone, wallet and jacket from a restaurant, and Blackpool Police put out an image of the suspect from a security camera on social media a couple weeks later, to try and get help from the public at large in tracking down the suspect.

Once the public saw the photo, though, people quickly began to note the man's resemblance to Ross from the TV sitcom "Friends," who was played by Schwimmer.

However, by way of providing an alibi, Schwimmer himself posted a video on Twitter in which he hilariously reenacted the scene from which the security camera still was taken, Sputnik reported.

​As you might expect, social media had a field day with the jokes.

On Monday, Blackpool Police tweeted that the mystery had come to an end: the 36-year-old suspect had been tracked down in Southall, West London.

Following the appeal we posted looking for a man who resembles a well-known actor, we now have an update. Thanks to our colleagues @MetPoliceUK, a 36-year-old man was arrested in Southall last night on suspicion of theft. Thanks for the support, especially @DavidSchwimmer! pic.twitter.com/sUy5XyS4im

​The police update did not say whether the suspect had mastered the art of unagi, or the state of total awareness.