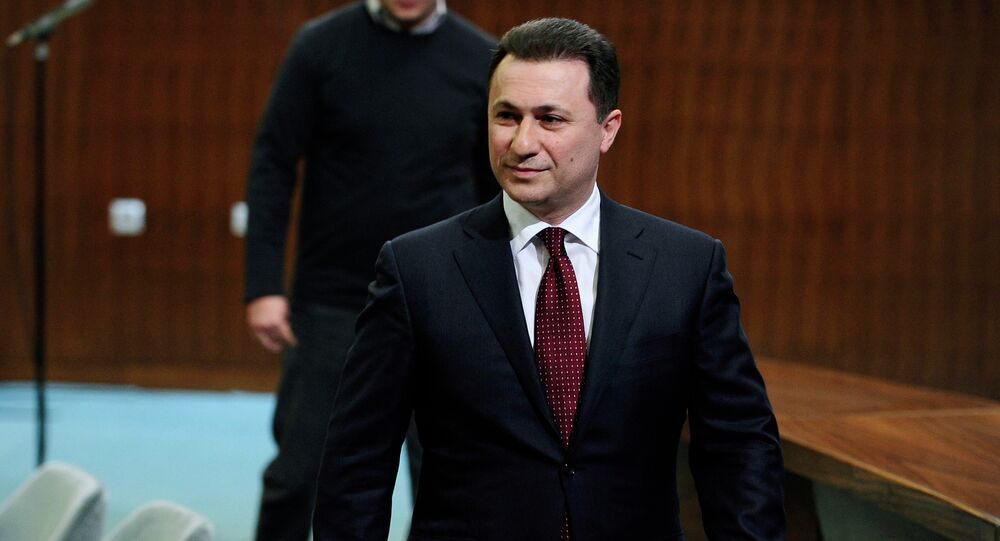 BELGRADE (Sputnik) - Former Macedonian Prime Minister Nikola Gruevski, sentenced to two years in prison in his country, said on Tuesday that he had fled to Hungary and asked for political asylum there.

"In the last few days, I have received countless death threats. I am in Budapest, and have requested political asylum from the Hungarian authorities," Gruevski wrote on Facebook.

He added that he "would be always loyal to Macedonia."

At a briefing later in the day, Macedonian Interior Minister Oliver Spasovski put the blame for Gruevski’s escape from the country on the judges, who failed to place the former prime minister in pre-trial detention.

The Basic Court of Skopje, however, dismissed the accusations, noting that "the prosecutor’s office never requested arrest as a measure of restraint for the defendant." The court also said that it would issue an international arrest warrant for Gruevski provided that the competent agencies confirmed that the defendant had fled the country. The court added that both diplomatic and regular foreign travel passports of Gruevski had been previously confiscated.

Back in May, Gruevski, prime minister from 2006 till 2016 and a former head of the largest opposition VMRO-DPMNE party, was convicted of abuse of office during his purchase of a luxury vehicle at an estimated cost of over 500,000 euros ($563,400). On Monday, the Macedonian authorities issued an arrest warrant for the politician after the court turned down his appeal and ordered him to start serving his prison term immediately. However, Gruevski’s whereabouts were unknown since Thursday.

Gruevski and his fellow party members face charges as part of several cases of corruption and abuse of office, as well as in connection with violent riots in the Macedonian parliament on April 27, 2017. The VMRO-DPMNE party calls these court proceedings "political persecution" led by incumbent Prime Minister Zoran Zaev.