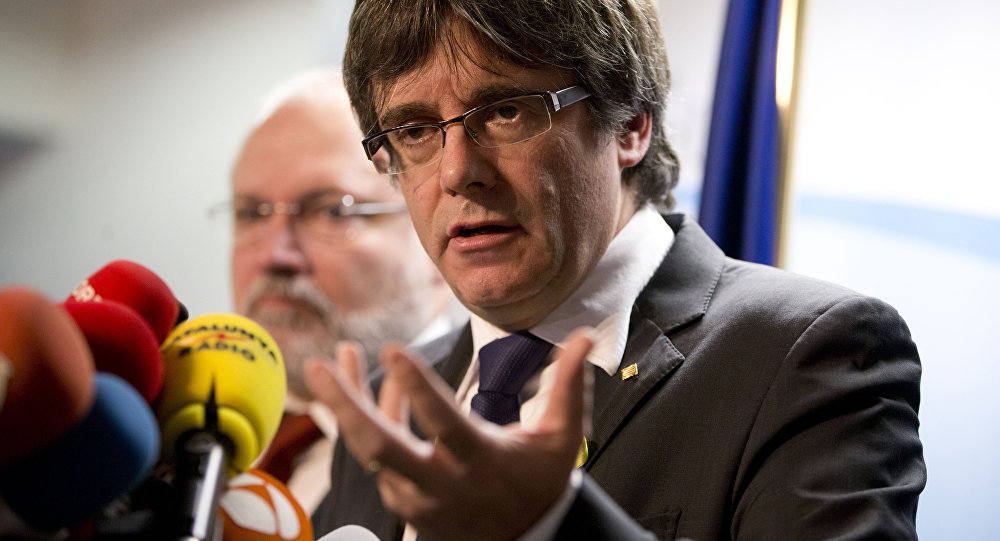 MADRID (Sputnik) - Former President of the Catalan Government Carles Puigdemont, who is currently evading Spanish justice in Belgium, has said he is ready to run for the European Parliament as "number two" on the list of candidates representing various political forces that advocate Catalonia's autonomy from Spain.

"I will not be a candidate in the European elections. The only possibility for me to become a candidate is to run as number two after Oriol Junqueras… Junqueras's leadership is beyond doubt," Puigdemont told the Catalunya Radio broadcaster in an interview.

© AP Photo / Virginia Mayo
Puigdemont Will Not Run in EU Elections as Flemish N-VA Party Candidate
Oriol Junqueras, former vice president of Catalonia and the leader of Republican Left of Catalonia party, is now in Spanish custody on charges of rebellion and misuse of public funds. The Spanish Prosecutor's Office is seeking a 25-year prison sentence and a 25-year ban on holding public office for Junqueras.

Puigdemont, who is the leader of the Together for Catalonia (JxCat) coalition, said it was possible to form a list of candidates representing various pro-independence forces to run for the European parliament.

The third person on this list could be Anna Gabriel, a representative of the left-wing radical party Popular Unity Candidacy, currently in Switzerland evading criminal charges, Puigdemont added.

"Different voices defending the idea of freedom that will act together have an unbeatable potential," he concluded.

The next elections to the European Parliament will be held on May 23-26.